A representative of the bloc of 29 lawmakers who opposed the nomination said the FM nominee was not fit for the position because he favored "normalization" with Israel. 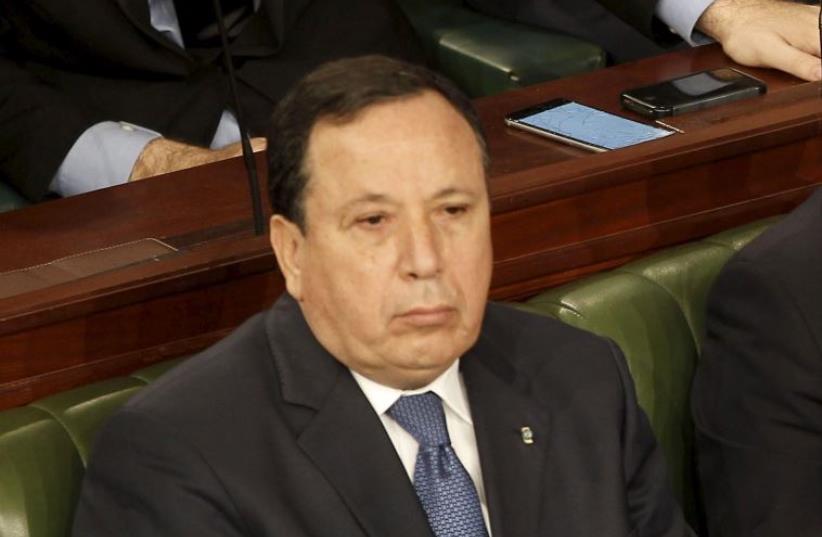 Tunisian FM Khemaies Jhinaoui
(photo credit: REUTERS)
Advertisement
Tunisian lawmakers opposed the nomination of a diplomat to the position of foreign minister because he served in Tel Aviv 20 years ago.The Assembly of the Representatives of the People, Tunisia’s parliament, approved Khemaies Jhinaoui’s nomination as foreign minister last week, but his candidacy received the lowest approval of all other ministers, with 134 lawmakers voting in favor, 29 against and 23 abstaining, the French news site Dreuz.info reported.Among the Tunisian politicians who cited Jhinhaoui’s 1996 stint in Tel Aviv as their reason for opposing his nomination was Mohamed Abbou of the Democratic Current party, which has three seats out of the parliament’s 217, tunisienumerique.com reported.Addressing the protest, Jhinaoui  said it ignored “the context” of his service in Tel Aviv as part of a mission representing Tunisia. The mission, which has since been closed down, was opened following progress in peace talks between Israelis and Palestinians during the Oslo Accords. “I served in Tel Aviv at the request of the Palestinians,” he said.But a representative of the bloc of 29 lawmakers who opposed the nomination said Jhinaoui was not fit to serve as minister because “his name is suspected of being tied to normalization” of relations with Israel.In 2014, Tunisia’s then-tourism minister, Amel Karboul, faced rebuke in parliament for having visited Israel. She resigned following the incident.