The musician claimed that he did not know that the officer was Israeli. 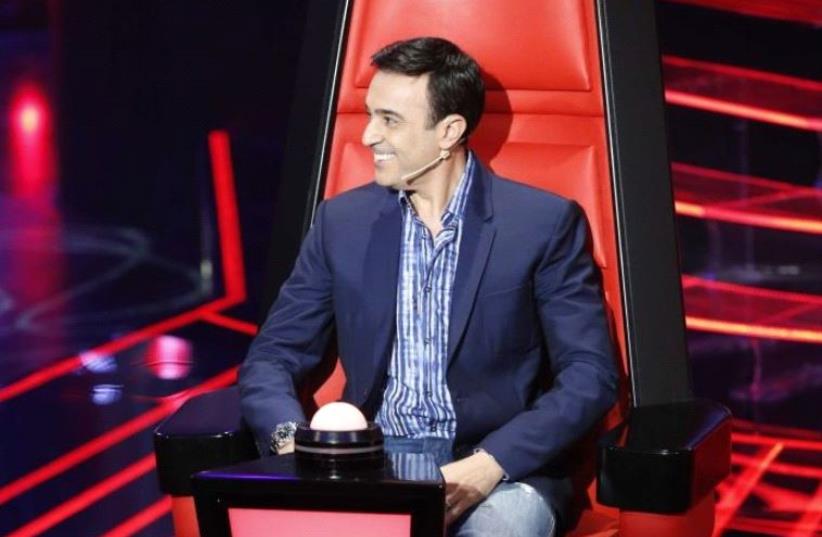 Saber Rebai judging on the Arabic version of "The Voice"
(photo credit: ARAB MEDIA)
Advertisement
Tunisian music star and judge on the Arabic "The Voice" show Saber Rebai found himself under heavy criticism after he was photographed with an IDF officer.The photo in question was taken when the musician crossed through the Allenby Bridge border crossing from Jordan on his way to perform a concert on Friday in Rawabi, a newly constructed Palestinian city just northwest of Ramallah.It was uploaded to the Arabic-language Facebook page and Twitter account of the Coordinator of Government Activities in the Territories (COGAT), Yoav Mordechai. Underneath the photo, Mordechai wrote that COGAT was "glad to support artistic events and performances and welcomes every artist that arrives." "We were happy to facilitate the passage of Saber Rebai at Allenby crossing."Following the photo's publication, internet users from all over the Arab wolrd began criticizing the popular musician. Kuwaiti daily al Kabs called on COGAT to immediately take down the picture "in order to not embarrass the unfaithful Rebai in front of the entire Arab public."

Rebai himself was quick to post an explanation on Facebook. He claimed that he did not know that the officer was Israeli. "He spoke to me in Arabic, so I did not know he was a member of Israeli security," Rebai wrote. "I thought he was a Palestinian officer asking to take a photograph." He said that the Palestinian concert organizers did not warn him in any way that the officer was Israeli and noted that the organizers "interacted with him in an ordinary way."He referred to Palestinians as a "complicated" people, he emphasized that his stance on the Palestinian issue was "well known." "I am against the normalization of relations with the enemy, Israel, and I emphasized that during my show in Rawabi," he wrote.Despite the clarification, one user still criticized him for "not being able to tell the difference between a Palestinian uniform and that of the occupation."The controversial photo has since been removed from COGAT's social media accounts.