Top Turkish cleric in Gaza: Israel must be prosecuted for rights violations 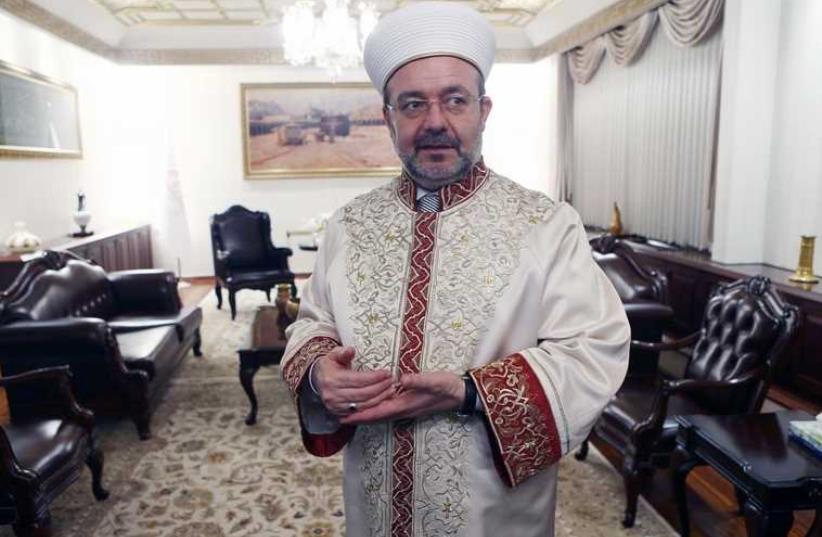 Mehmet Gormez, head of Turkey's Religious Affairs Directorate.
(photo credit: ADEM ALTAN / AFP)
Advertisement
Mehmet Görmez, president of Turkey's Presidency of Religious Affairs was in the Gaza Stip on Sunday where he said that Israel has used internationally banned weapons and violated religious and human rights against the Palestinians, Al Sabah newspaper reported. Gormez was in Gaza at the invitation of Palestinian Minister of Religious Affairs Yusuf Ismail al-Sheikh. The cleric said Israel must be prosecuted for its violations. Görmez also met with Hamas leader Ismail Haniyeh, according to the report.  Haniyeh praised Turkey's assistance to the Palestinians, saying was an indication of the "reliable and sacred" bond with Turkey, Al Sabah reported. "Gaza in particular and Palestine in general praises Turkey's support in all domains," Al Sabah quoted Haniyeh as saying. Görmez reportedly said that the people of Gaza had free minds and free hearts despite the daily horrors they faced and the blockade on the coastal enclave.