The men were planning an attack on the way to prayers at al-Aksa Mosque. 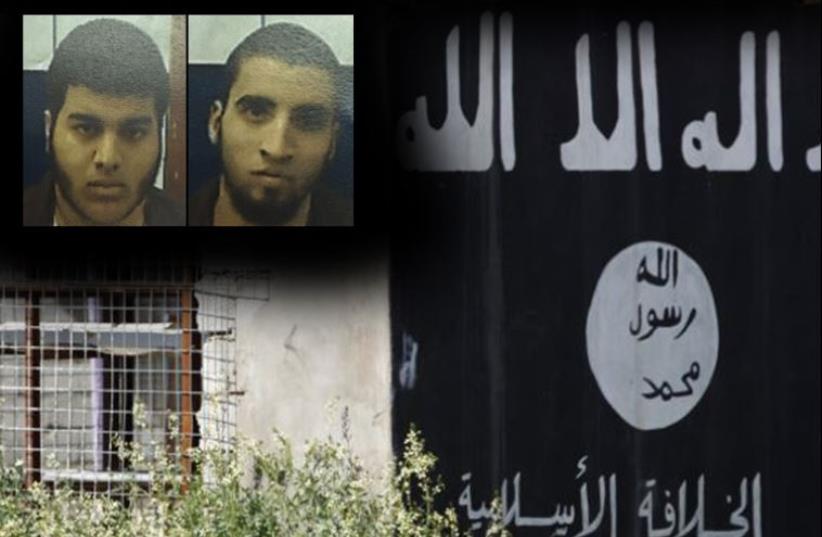 Shin Bet arrests two ISIS linked suspects
(photo credit: SHIN BET,REUTERS)
Advertisement
Following a joint investigation by the Shin Bet (Israel Security Agency) and Israel Police, two Arab-Israeli men said to have been inspired by ISIS to kill IDF soldiers were indicted by the Nazareth District Court on Thursday.According to the indictment, the suspects, Bahaa Eldin Ziad Hasan Masarwa, 19, of Yafia, and Ahmad Nabil Ahmad Ahmad, 21, of Nazareth, viewed numerous videos of ISIS sermons and other propaganda on Facebook.“The defendants first watched videos and sermons from ISIS, and then were in contact via Facebook with its supporters from Israel and abroad,” the indictment states, adding that they went on to distribute propaganda for the organization.Soon, both developed an “ideological identification with the organization’s activities, its values and goals,” the indictment continues, and even considered going to Syria to join ISIS’s fight “against the infidels to Islam.”The friends, who for several months prayed together weekly at Jerusalem’s Aksa Mosque, eventually agreed to carry out shooting attacks against soldiers in Afula and at the Jalama checkpoint leading to Jenin, and attempted to raise funds to purchase guns.They were arrested in January and February after the Shin Bet and police learned of their social media activities.They subsequently confessed to attempting to raise money to buy weapons for the deadly attacks to support “jihad.”Masarwa and Ahmad are charged with conspiring to assist an enemy during war, contacting a foreign agent and supporting a terror organization.Since the current terrorism wave began spreading throughout the country in October, police have arrested and imprisoned several Arabs who have used Facebook and other social media to incite attacks against civilians and security personnel.In January, two Palestinian men from the capital were sentenced to a year’s imprisonment for inciting terrorism by using their Facebook accounts.