There were no reports of injuries. 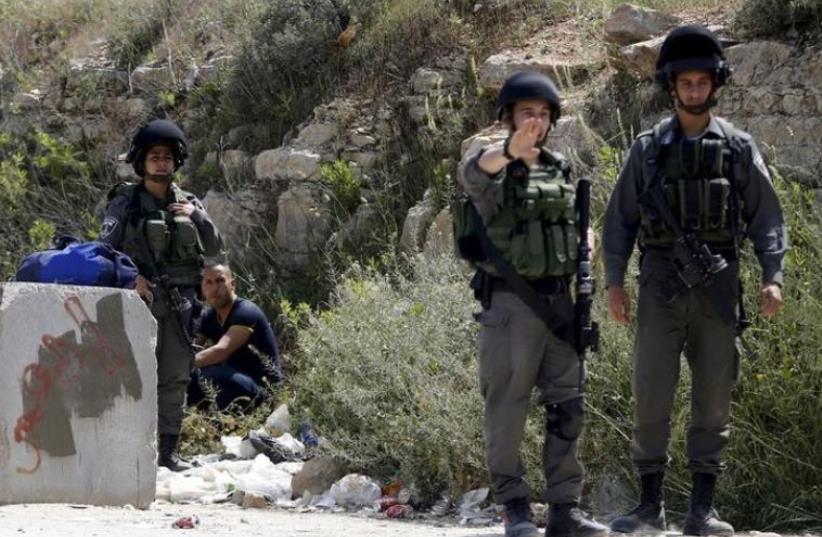 Israeli border police in the West Bank city of Hebron April 24, 2016
(photo credit: REUTERS)
Advertisement
Two IDF soldiers were rescued after getting lost in the West Bank village of Tulkarem Monday evening, according to the IDF. Once the soldiers realized they were in a Palestinian village they called the police. Soon after the villagers began throwing rocks at their vehicle. The soldiers were eventually rescued by security forces.There were no reports of injuries. The incident is being investigated. In March two IDF soldiers narrowly escaped unharmed after they mistakenly followed Waze into the Kalandiya refugee camp.