In the UN vote, 16 countries voted against a resolution that aimed to prevent the London-based Palestinian Return Center from being recognized. 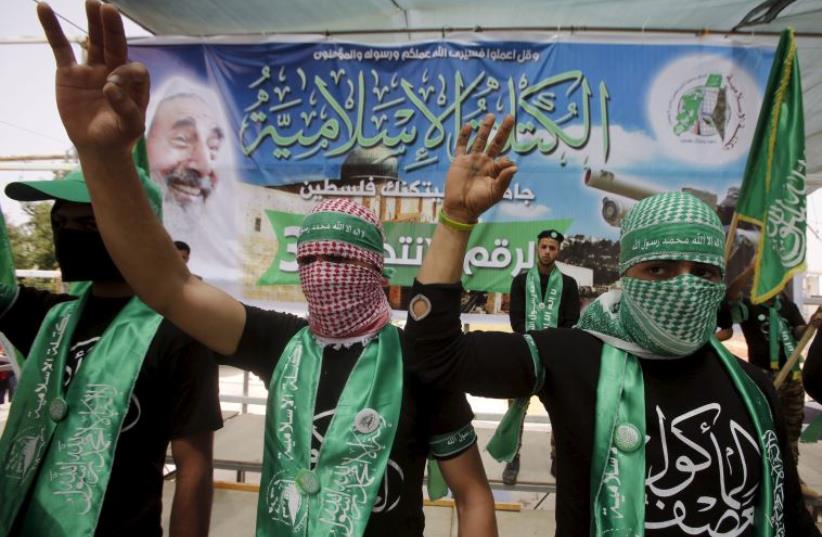 Palestinian students supporting Hamas demonstrate in the West Bank city of Hebron
(photo credit: REUTERS)
Advertisement
A group that Israel says is linked to Hamas was approved for accreditation Monday by the United Nations.Israel created a resolution to stop the London-based Palestinian Return Center's accreditation, which the UN committee overseeing non-governmental organizations in the UN held a vote on Monday.According to an Israel Radio report, 13 countries supported Israel's resolution against the PRC, including the United States, Germany and most European countries. However, the resolution failed because 16 countries voted against the resolution and 18 abstained.In June, after it was first announced that the UN committee had granted accreditation to the PRC, Israel's mission to the UN fiercely opposed the move and said the group promotes "anti-Israel propaganda in Europe" and is linked to Hamas.In response to those statements, the PRC denied ties to Hamas and said that it would launch legal action against Israel's UN mission over what it claimed were Israel's "defamatory and damaging accusations against the center before the UN NGO committee." They requested the Ministry of Foreign Affairs to "immediately withdraw their defamatory statements" and requested that the ministry pay damages and present a public apology. PRC gave Israel until July 29 to respond to its legal claim before commencing with the lawsuit.