Portion of money given to create empowerment plan for Palestinian women intended to be spent on internationalized activities to fight Israel’s “occupation” of the West Bank.

European Union flags
(photo credit: REUTERS)
Advertisement
The United Nations and the European Union are helping the Palestinian Authority build its global advocacy campaign against the Jewish state, including its filing of “war crimes” complaints about Israel before the International Criminal Court.Over the past year the UN and the EU have planned this activity under Security Council Resolution 1325 on Women, Peace and Security, which is designed to raise a $2.1 million empowerment plan for Palestinian women.However, according to the details of the plan, which were unveiled Wednesday in Ramallah, more than half of that sum – $1.3m. – would be spent on international activities to fight Israel’s “occupation” of the West Bank.The plan was prepared by an EU grant issued by the “EU Peace-building Initiative,” which focuses on promoting “conditions for a sustainable resolution of the Israeli-Arab conflict through civil society projects and citizens’ positive engagement.”The UN is now preparing to help the Palestinians with a fund-raising campaign among donor countries to raise the $2.1m. supposedly needed for the women’s empowerment plan, which would actually amount to some $800,000 left after the $1.3m. deducted by the PA.A small booklet with PA, UN and EU logos has already been printed to explain how the money would be allocated. 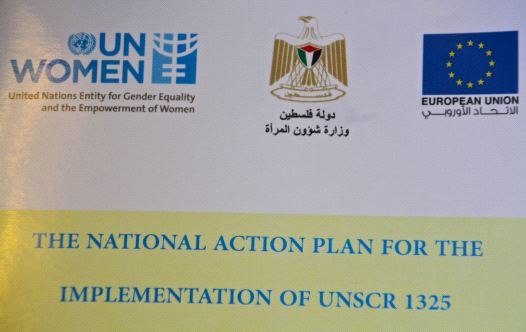 (Photo: Tovah Lazaroff)
The plan’s budget includes $100,000 to document crimes against women “by the Israeli occupation,” to be “submitted to the ICC.” Another $150,000 would be spent on “preparing files of complaint” and $129,000 for “developing a monitoring mechanism.”The plan also called for $202,500 to be set aside to build international coalitions against the “Israeli occupation” for “its noncompliance with international law.”This includes campaigns that target the ICC, the UN Committee on the Status of Women and other international women’s rights organizations.Some $54,000 would be spent on preparations for “UN resolutions to condemn the Israeli occupation and prosecute it for its violations at the expense of Palestinian women.”Another $81,600 was earmarked for “presenting written and oral reports” to the UN Human Rights Council, particularly with regard to Agenda Item 7.In addition, $118,800 would be spent on urging states to maintain commitments they have made to the Palestinians in international forums.Security Council Resolution 1325 was approved in 2000 as part of an effort to include women in peacemaking, the political process in their countries and to protect them in conflict areas.The PA Palestinian National Action Plan for the Implementation of UNSCR 1325 has some of those components and includes funds set aside for health care and transportation.But it also includes sections that actively help the Palestinians with the universalization of the conflict and are designed to ensure that Israeli actions against Palestinian women are also brought before the ICC and relevant UN bodies.At the Ramallah launch of the plan, the EU’s head of cooperation in its Jerusalem office, Alessandra Viezzer, spoke in support of the plan. 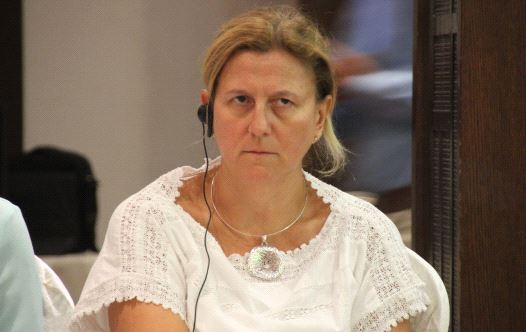 (Alessandra Viezzer. Photo: Tovah Lazaroff.)
“It is important that this plan, which is being launched today, does not remain incomplete, but is implemented,” she said.“Please rest assured that on behalf of the EU, we stand here committed to support in our modest capacity your advocacy efforts and other efforts for the implementation of the plan,” Viezzer said.“Certainly we can reflect together on the challenges caused by the occupation.Clearly the restrictions on movement, settlements, the closure of the Gaza Strip have made an impact on Palestine as a whole, but have had a strong impact on Palestinian women and their families.“It’s true that in order to achieve true peace and security, the occupation must end,” Viezzer added.There is also work to be done on advancing the role of women so they can be full participants in Palestinian society with the same rights as the men, Viezzer said.PA Minister for Women’s Affairs Haifa El-Agha told the small gathering in the conference room of the Grand Park Hotel that she is proud to be a Palestinian woman. 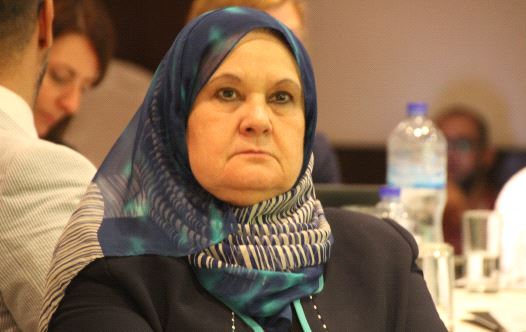 “We are in a new era. We will hold accountable anyone who violates women and girls and Palestinian women in particular,” El-Agha said.
The empowerment plan, she added, “opens the door for women to participate in the political and social spheres.”Women make up half of Palestinian society and the other half, were raised by women, El-Agha said.Palestinian women today, she said, “are martyrs and prisoners” or they are the “wives of martyrs and prisoners,” she said.They have “a lot of responsibilities and burdens in bringing up their families.” They are resilient and strong women who are “building a new generation,” she said.The EU and UN officials who were contacted for this article focused their discussions with The Jerusalem Post on the empowerment plan as a tool to help women become more active in politics and peacemaking.To date, only some 63 countries, including the US and Canada, have adopted such a plan. Israel has not yet done so. UN Women spokesperson Nanette Braun said that it was up to each individual country to decide what to include in their National Action Plan.El-Agha told the Post she was proud that, “We are the second state [in the region] after Iraq to adopt a [UNSCR 1325] plan.”It’s important because Palestinian women suffer from domestic and internal violence as well as from “Israeli ‘crimes’ and ‘occupation,’” she said.Officials from the UN and the EU had orally pledged support for the plan, but El-Agha said she was still waiting for written approvals.She was also hopeful that Norway would come through with funding.“We want the donor states to adopt responsibility for funding these projects.” But they need time to study and read the plan, for which, she said, she hoped $3m. could be raised.“Women have the right to be protected, from internal and external violence,” she said.Efforts to bring Israel to the ICC are an important part of ensuring the safety of Palestinian women, she added.“Palestine can defend its people like any other state, like Israel defends its people,” El-Agha said.“Once we establish peace, security, and safety in the region, there won’t be violence.”The Foreign Ministry in Jerusalem told the Post: “We regret that once again the Palestinians are exploiting the arena of the UN to issue false accusations against Israel, instead of dealing with the core problems [of discrimination] that women face in the West Bank and Gaza.”Adam Rasgon contributed to this report.