UN official to Israel: You must criminalize torture

Israel has argued before the committee in the past that treaties like the Convention against Torture are applicable only in areas of the country in which Israeli law fully applies. 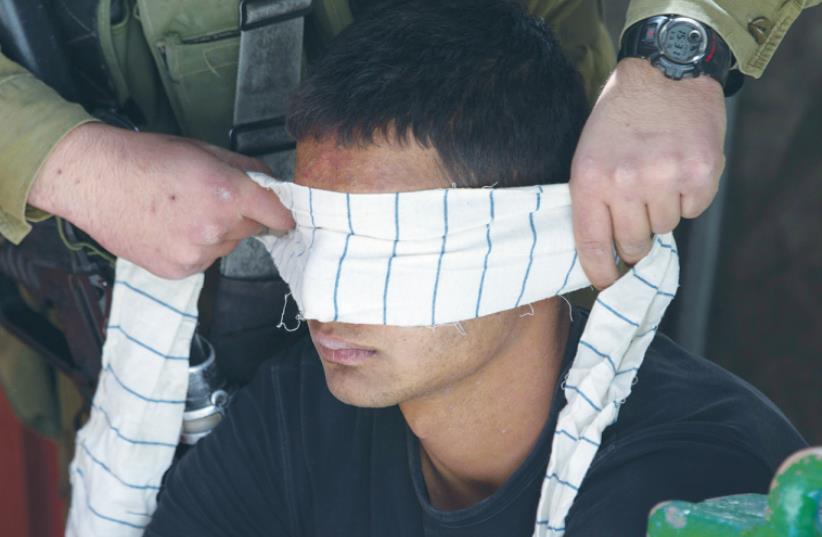 AN IDF SOLDIER blindfolds a Palestinian suspected of throwing rocks during clashes in Hebron in June 2014.
(photo credit: REUTERS)
Advertisement
Israel must criminalize torture, said Jen Modvig, chairman of the UN Committee Against Torture on Tuesday.He spoke at the start of a two-day periodic review by the committee on Israel’s compliance with the UN Convention Against Torture, which is taking place in Geneva.“The crime of torture is not per se an offense in the penal law of Israel,” Modvig said as he explained that the committee had urged Israel to take this step already at its last review, in 2009.“There is no penalty for the crime of torture commensurate with the seriousness of the crime,” he said.“Israel is again strongly recommended to introduce the crime of torture as defined in the convention,” he said, adding that he understands that Israel is currently working on a draft legislation to advance the issue.Along with other members of the 10-person committee of experts, Modvig spent over two hours presenting the Israeli delegation at the meeting with a long list of questions that ranged from Israel’s treatment of Palestinians and African refugees to issues regarding prisoners rights, administrative detention, rape and domestic abuse.“We have heard that some people are held under administrative detention for six months and even years,” Modvig said.Some members of the committee spoke of the understanding of torture to include also treatment of bodies after death, and they questioned Israel about its practice of holding onto the bodies of Palestinians who had attacked Israelis.One committee member said he believed Israel’s refusal to recognize Palestine as a state fell under an act of torture under the convention.Roy Schondorf, deputy attorney- general at the Justice Ministry’s international law department, told the committee that Israel’s actions to improve its adherence to the convention could be summarized in five points.In 2010 Israel established an independent public commission of legal experts, known as the Turkel commission, to assess whether its investigations in alleged violations of the laws of armed conflict met Israel’s obligations under international law.In September, a review and implementation team completed a report on ways to implement the Turkel committee recommendations, which is awaiting approval. Incorporating “a number of serious international crimes into Israeli Penal Code” are among those recommendations, Schondorf said.“Accordingly, the attorney- general gave instructions to draft a bill anchoring a separate offense of torture in Israeli Law. This bill is in the process of being drafted by the Justice Ministry,” he said.Schondorf added that the Shin Bet (Israel Security Agency) no longer investigates complaints against its own interrogators, and that such investigations have been moved over to the Justice Ministry.A second point relates to confessions made after suspects had been tortured. The government has drafted a bill to make confessions given under torture inadmissible and to disqualify evidence that was unlawfully obtained.The third issue, Schondorf said, is that since its last review Israel has established a juvenile military court for Palestinian minors who live in the West Bank.“This specialized court presides exclusively over cases involving defendants under the age of 18. Only judges that have received relevant professional training, similar to the training offered to justices of the youth courts in Israel, are qualified to serve as single judges or to chair a judicial panel in the juvenile court,” he said.The fourth step, he continued, involves the creation of a police unit that will specialize in nationalistic-motivated crimes and ideology-based offenses, such as “price-tag” attacks against Palestinians by Israeli right-wing extremists.Lastly, Schondorf said Israel is working to include the work of civil society-groups in its reports to the UN.