The US envoy sounded a victorious tone with a narrative of how the US has helped put ISIS on the run in both Iraq and Syria, focused on ISIS clean-up operations.

IDF tanks are seen along the Golan Heights border with Syria
(photo credit: REUTERS)
Advertisement
The US will not let Iranian proxies threaten Israel from the Golan Heights after ISIS rule in Syria falls, US envoy for combating ISIS Brett McGurk said on Thursday.McGurk, speaking at the IDC Herzliya Conference, said that he was “recently on the Golan looking at... ISIS across the border,” and that neither ISIS nor “Iranian proxies” can be allowed to remain to trouble Israel.The US envoy, who sounded a victorious tone with a narrative of how the US has helped put ISIS on the run in both Iraq and Syria, focused on ISIS clean-up operations.The US has undertaken “30,000 air strikes on ISIS to date in the most precise air campaign in history,” he said.Next, McGurk said that the US and allies would need to work hard to share intelligence data about fleeing ISIS fighters, to ensure they are caught wherever they go, remarking that “few do better” in this arena than Israel. 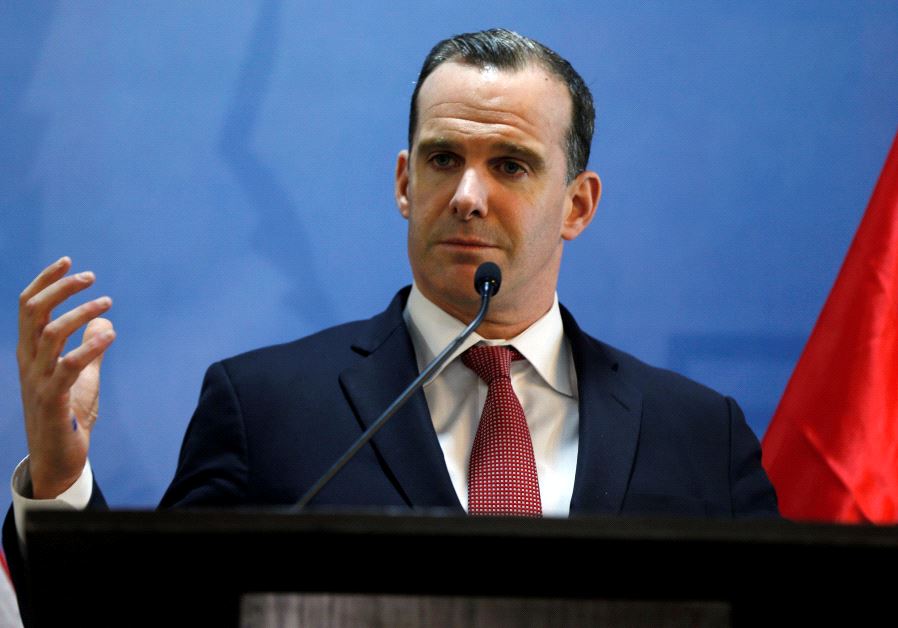 Brett McGurk, U.S. envoy to the coalition against Islamic State, speaks during a news conference at the U.S. Embassy in Amman, Jordan, November 6, 2016. (REUTERS/Muhammad Hamed)
Responding to recent allegations that the US was violating the laws of war by using white phosphorous as a weapon, he shot down the reports.“In the last month, ISIS started killing any civilians trying to leave” Mosul as Iraqi forces started to retake the city, even “using a hospital” as a “killing tower” for firing on fleeing civilians, he said.He explained that “the US is only using white phosphorous to protect civilians trying to flee ISIS,” and not as a method of attack.The use of white phosphorous on the battlefield, even as a diversionary measure, is controversial because it can easily and indirectly create large fires that spring out of control.McGurk also contextualized the US’s recent shooting down of an Assad regime aircraft, as responding to its crossing battle lines in attacking US-supported Syrian rebels.