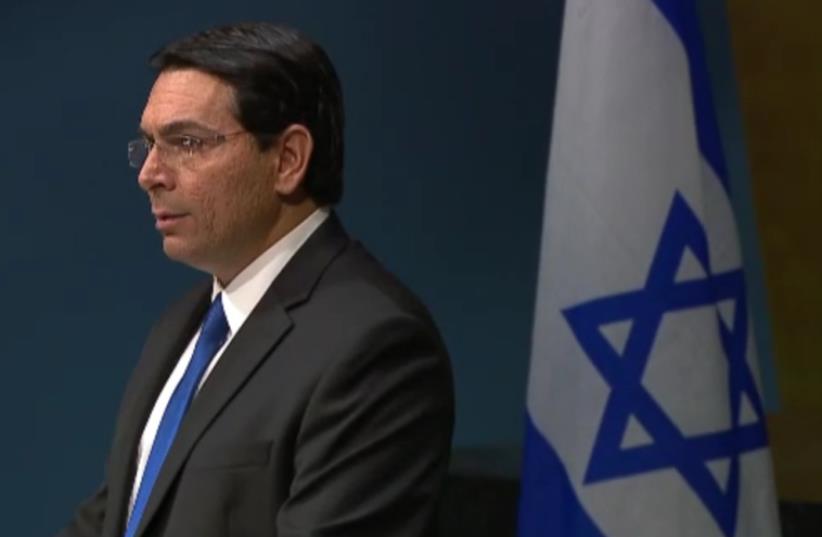 UN Ambassador Danny Danon
(photo credit: screenshot)
Advertisement
US Ambassador to the United Nations Nikki Haley was set to address a summit on combating the anti-Israel boycott movement at the UN on Wednesday.The event was being convened by Israel's Ambassador to the UN Danny Danon. Joining Haley in addressing the conference will be Jewish Agency chairman Natan Sharansky and World Jewish Congress President Ron Lauder.Thousands of Israel supporters were expected to take place in the event.