Ya'alon: IDF will continue to strike Hamas leaders at any time and place

By HERB KEINON, JPOST.COM STAFF
Prime Minister Binyamin Netanyahu (R), Defense Minister Moshe Ya'alon, and IDF chief of staff Benny Gantz meet in Tel Aviv.
(photo credit: ARIEL HERMONI / DEFENSE MINISTRY)
Advertisement
Defense Minister Moshe Ya'alon said Thursday that the Hamas commanders killed by the IDF overnight "were responsible for severe terror attacks against Israel's citizens and IDF soldiers, including the kidnapping of Gilad Schalit."Ya'alon said the IDF action was a great operational and intelligence achievement for the army and the Shin Bet (Israel Security Agency).The defense minister vowed to continue to "pursue and hit Hamas leaders at any time and place. He who attempts to harm Israeli civilians is taking his life in his hands."Ya'alon cautioned Israeli citizens to prepare for a long battle that would require "patience, perseverance and strength."He said Israel's goal was to return quiet for its citizens, particularity residents of the South, and it would not compromise in fulfilling that goal.Prime Minister Binyamin Netanyahu said that meticulous intelligence and precise IDF operational abilities made possible Israel's killing of the three top Hamas leaders.Netanyahu said in his name, and in the name of the entire country, he wanted to thank the country's intelligence services, and especially the head of the Shin Bet (Israel Security Agency), Yoram Cohen.“The Shin Bet and IDF work shoulder-to-shoulder during Operation Protective Edge, as they do throughout the year, and this is an important element in Israel's security,” he said.Netanyahu said the Gaza operation will continue until its goals are achieved: “restoring quiet for a prolonged period along with a significant blow to the terrorist infrastructure.” 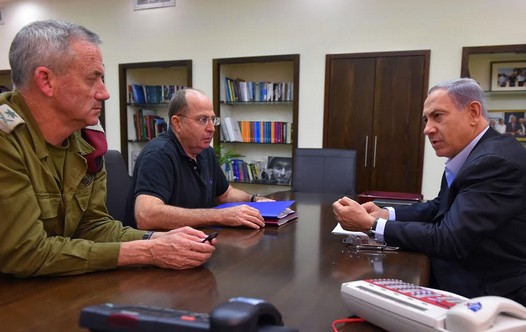