Ya’alon: Israel will use precision capabilities to damage enemy

Rapid precision strikes will enable faster battlefield victories, in the event of future conflicts, he said. 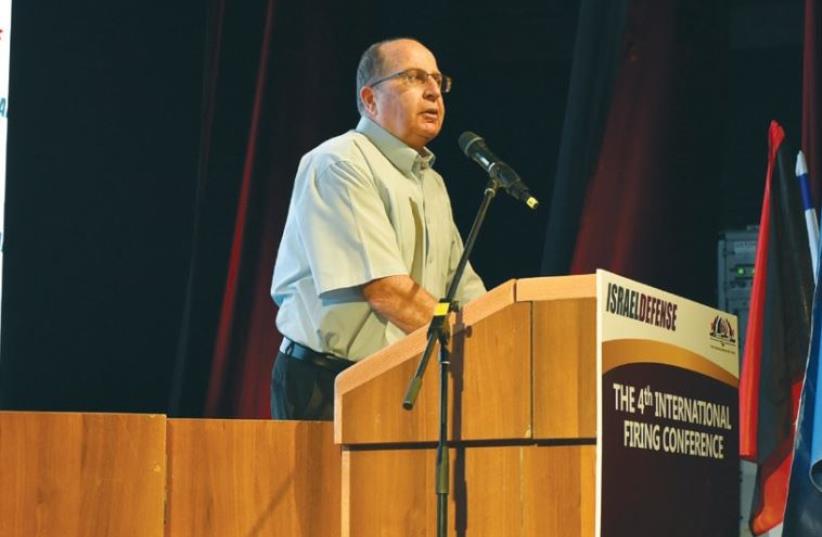 DEFENSE MINISTER Moshe Ya’alon
(photo credit: DEFENSE MINISTRY)
Advertisement
Israel will continue to use precision strike and intelligence capabilities to damage the build-up of force among its enemies, Defense Minister Moshe Ya’alon vowed on Tuesday.Speaking at the 4th International Fire Conference in Zichron Ya’acov, Ya’alon said, “As we look at the future, and where we will direct our force build-up, there is no doubt that we must continue to invest in precision intelligence that can create targets at a high rate, a command and control capability that enables the information to be passed on, in real time, to shooters, at a high rate, and an ability to accurately fire on targets.”Precision strike capabilities from the air, sea and ground rather than unguided firepower is the future trend of the IDF, Ya’alon said.Rapid precision strikes will enable faster battlefield victories, in the event of future conflicts, he said.“In the meantime, between wars, we will exploit these capabilities to harm the build up of force among the elements around us, and to continue to sharpen our deterrence, on the basis of responding to every provocation,” Ya’alon warned.This will broadcast the message that “it is not advisable to get involved with us, and in these incidents, we exact a price that will strengthen deterrence and push back the next war.”Turning his attention to Syria, Ya’alon said Israel took a decision to not get involved in its neighbor’s civil war, but that it will safeguard Israeli interests, which he defined as “red lines.”These include a zero tolerance approach to the breach of Israeli sovereignty, deliberate or accidental, the defense minister said. A second red line prohibits the smuggling of weapons, “whether Iranian arms, or arms produced elsewhere,” to radical elements that threaten Israel, first and foremost, Hezbollah. The third red line, Ya’alon said, is a prohibition against the transfer of chemical weapons to hostile entities.Iranian proxies have tried, in the past two years, to breach Israeli sovereignty from Syria, Ya’alon said, adding that the Iran’s transnational Quds Force had ordered terror attacks including rockets and planting border bombs against IDF units.“In each of these cases, the proxies were activated by Iran’s Republican Guards Corps. Terror infrastructures [were also activated] by Jihad Mughniyeh or Samir Kuntar,” he said, naming two operatives who were, according to foreign reports, killed in Israeli precision guided air strikes.The last time the IRGC attempted to attack Israel, in August 2015, it sent a Palestinian Islamic Jihad cell to fire rockets from Quneitra on the Syrian Golan Heights, according to Ya’alon. Two rockets were fired at Kibbutz Ein Zivan in the Golan, and two more at the Kibbutz Kfar Szold in the Upper Galilee.Describing the IDF’s response to the rockets, Ya’alon went into detail.“That same night, the IDF responded aggressively,” he said, destroying 14 Syrian military targets located between the Golan and greater Damascus, “Since the Syrian regime is responsible for the territory from which the rockets were fired, this was of course a signal, to deter the Syrian regime. The following morning, the cell attempted to leave the rocket launch area, setting out from Quneitra’s Khan Arnabah in a civilian vehicle... On the way, precise Israeli munitions struck it. It was the destroyed, and four members of the cell were killed. Since then there were no further attempts to carry out attacks against us from the Syrian side of the Golan Heights.”