Mei Finegold represents Israel with song "Same Heart"; Israel has not qualified for final round of the contest for four years running. 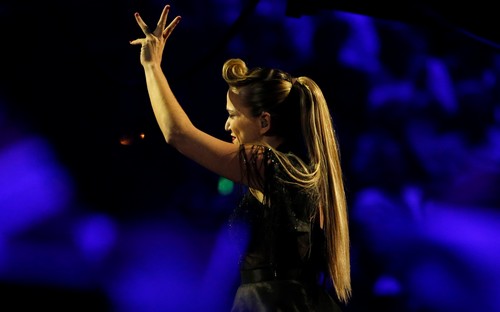 Mei Finegold on May 8, 2014. Credit: ReutersIsrael failed to reach the final round of the the 2014 Eurovision Song Contest on Thursday evening. Mei Finegold with her song "Same Heart" was Israel's entry to the semifinal round of the song contest that took place in Copenhagen this year.Israel has not qualified for the final round of the contest for four years running. Finegold competed against contestants from 14 other countries who were vying for one of the ten spots in the finals of the competition that will take place on Saturday evening.All together 26 nations will be competing in the final set for Saturday night at 10:00. The competition will be broadcast on Channel 1.   Eurovision marks its fifty-ninth year in 2014. Israel won in 1978, 1979, and most recently in 1998 with Dana International's song "Diva," written by Zvika Pick and Yoav Ginai.Israel first participated in the contest in 1973.