Opening up in the South

Micha Bar-Am has taken some of this country’s most stirring photographs for over 60 years.

By BARRY DAVIS
Micha Bar Am 521
(photo credit: Ran Erde)
Advertisement
THE NEGEV Museum of Art in Beersheba may not be the biggest cultural facility in the country but, for Micha Bar-Am, it is close to home.Bar-Am, 82, has been taking some of this country’s most memorable and most stirring photographs for over six decades, many of them in the South. His latest exhibition, Southward, currently occupies much of the museum’s exhibition space and offers a fascinating left field view of life in the “capital of the Negev” and its environs, as it has evolved since the 1950s. 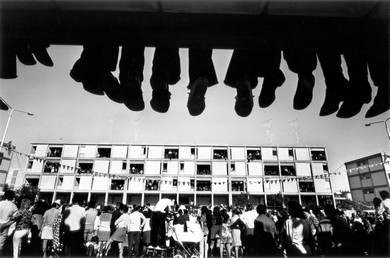 Southward comes with a handsome catalogue of prints – mostly black and white – which could only have been produced by someone with an intimate and longstanding relationship with the human and physical vistas of the Negev.Through Bar-Am’s lenses we learn that the Negev has a multifaceted society, that stretches far beyond the stock images of the urban scenes in Beersheba, postcardesque shots of Beduin towns and encampments around the region, and classic stark desert vignettes. The items in the exhibition exude a wonderful sense of humaneness, and frequently of taking life with a pinch or two of salt.“Beyond anything I have ever seen in my long life to date, I am an optimist by design, otherwise there is no point to life,” says Bar-Am, whose dedication to his craft – and his unremitting sunny disposition – has not only brought him berths at some of the world’s leading cultural institutions, such as New York’s Museum of Modern Art, but also led to him founding the photography department at the Tel Aviv Museum of Art, which he headed from 1977 to 1992. He received the Israel Prize in 2000. 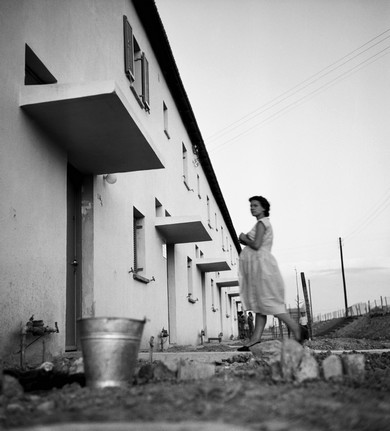 That positive attitude to life, says Bar- Am, has not been dimmed by exposure to some extremely traumatic scenes.“I have another exhibition coming up, of pictures I took during the Yom Kippur War. Some of the images aren’t too easy on the eye or heart, and it isn’t particularly nice recalling them and the circumstances in which I took them, so maintaining a positive approach to life, by conscious decision, sometimes takes an effort. I know there are people who have been through terrible hardships and come out broken, and others who have come out with an ever greater belief in life. I don’t understand that [dichotomy], but at my age I have learned that there are some things I don’t understand, and that’s okay.”Bar-Am took defining shots of the First Lebanon War in 1982.He has done plenty of learning in his four score-plus years and counting, and most of it by his own means. The theory behind his artistic expertise was acquired from books, rather than at some well-equipped educational establishment.“I am an autodidact,” he declares. “I read up on cameras, and how to take photographs, and how to develop them. There was nowhere to study that in Israel when I was growing up.’ That inquisitive mind led Bar-Am to the road to all kinds of discoveries from a young age. He was born in Berlin in 1930 and came here with his parents at the age of six. He grew up in Haifa and took a keen interest in the cultures around him.“I wanted to know something about my neighbors’ way of life,” he recalls.That curiosity generated an enthusiasm for the Arabic language. “The others in my class weren’t too crazy about studying Arabic, but I loved it,” says Bar-Am, adding that he made a number of excursions to the South to get firsthand knowledge of the language and culture. “I liked my Arabic teacher, from the Alliance School in Haifa, and he took me with him sometimes when he went to spend time with the Beduin. That helped me improve my Arabic, and I loved listening to their stories, sitting around the campfire all day and all night.”True to his independent ethos, Bar- Am left school without graduating and got a job as 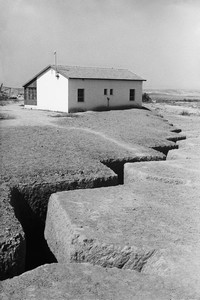