Docaviv artistic director Sinai Abt explains how documentaries have become the hottest genre in Israel and abroad. 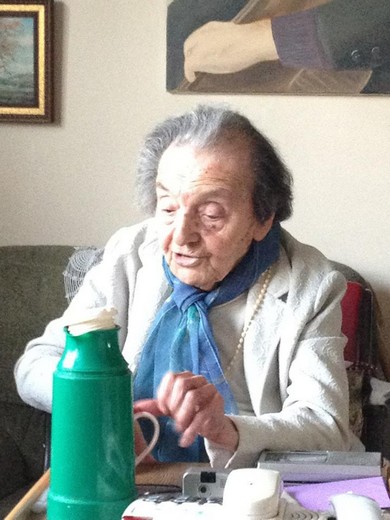 ‘Documentaries are taking center stage in the film world,” says Sinai Abt, the artistic director of Docaviv, the international documentary festival in Tel Aviv that runs from May 8 to 17 at the Tel Aviv Cinematheque, “At film festivals all over the world, documentaries are taking up a bigger portion of the festival program. I think for the past few years, maybe even 10, there’s been a huge development in the quality and sophistication of documentaries.They are attracting bigger audiences, getting more interest,” he adds.Abt should know, since the Docaviv festival, which is celebrating its 16th season this year, is one of the most anticipated festivals in Israel, and showing a film there either in or out of competition is a coup for any filmmaker.This year, there are about 90 documentary films in the festival from Israel and around the world. It also draws large audiences – about 35,000 moviegoers have attended previous festivals.One of the reasons Abt thinks the documentary genre has taken off recently is that “It has become easier to make a film. Shooting, editing – it’s all cheaper. Once facilities that were only available to professionals are now easy to access.”While Abt clearly does not want to criticize pioneering generations of documentary filmmakers, he notes that “In the past, I think documentaries were more about trying to report on events. Now I think documentaries have become better at emphasizing the storytelling and cinematic elements. It’s a different way of trying to reflect reality, and in many ways there is often a lot of similarity to fiction films.”Referring to the popularity of reality television, Abt suggests that “There’s a thirst for the real thing.”But, as opposed to most reality TV, “Documentaries offer more complex portrayals of reality,” he says.“Documentary films are especially big in Israel,” says Abt, who admits that choosing 20 Israeli films for the festival (14 of which will be in competition) out of around 70 that were submitted was no easy task.Abt sees several reasons for the current popularity of documentaries around the world in general and in Israel in particular.“The fact that there are so many different conflicts going on in Israel – religious, national and cultural – it makes it a focal point for very good stories. Most stories are about conflict in one way or another. But unlike in some other places where there is a lot of conflict, here there are plenty of film schools and people who know how to make films.It’s an open society, and many people are eager to talk to filmmakers,” he says.While Abt is clear that he cannot recommend any of the Israeli films in competition in Docaviv – he doesn’t want to be seen as favoring any of the competitors – he does mention that the opening night film will be from Israel, Julie Shles’ Last Stop, a look at the different groups – migrants, their Israeli- born children and veteran Israelis – who live near the Central Bus Station in Tel Aviv.Although Docaviv has always had screenings outside of the Cinematheque, at the Tel Aviv Port and other locations, Abt says, “This year more than ever, the screenings are spread out over Tel Aviv. In addition to all the old places, there will be some screenings in the southern neighborhoods of Tel Aviv, at Bar Kayma in Florentine, at Levinsky Park and at the Arab-Jewish Community Center in Jaffa. These screenings are open-air and free of charge and are intended to create a feeling of community.”Asked to recommend a movie that even audiences who generally aren’t interested in documentaries would enjoy, Abt responds, “I would mention The Lady in Number 6. It’s a portrait of Alice Herz-Sommer, a 109-year-old women who was a Holocaust survivor and pianist and was incredibly optimistic. It won the Oscar for Best Short Documentary. It really shows what a documentary can do, where you go in one way and come out another.”Documentary neophytes might also want to check out two recent films about Nelson Mandela. He says, “One is Nelson Mandela: They Myth & Me, in which the director writes letters to Mandela and questions how he could forgive so easily.The other is Plot for Peace, the inside story of how Mandela became the South African president.”What advice does Abt have for aspiring documentary filmmakers? “Don’t expect to get rich. Be very persistent. There is a lot of competition out there, a lot of talented filmmakers. It has to be something that is really in your bones,” he asserts.To find out more and to order tickets, go to www.docaviv.co.il.