By YONI COHEN
AUGUST 17, 2012 08:41
Cirque du Soleil's Alegria
(photo credit: Guy Prives )
Advertisement
This week the JPost.com Lifestyle desk has been busy following Jewish singing competitions, marvelling at international circuses and welcoming back old columnists.Contestants in "Hallelujah," the global song contest for Jews aged 18 to 30, competed in the semi-finals last week, where 14 finalists were chosen. Lauren Izso caught up with some of last year’s competitors to see what they’ve been up to and JPost video reporter Hadas Parush met this year’s contestants during rehearsals.Meanwhile, those competitors who decide to stay in Israel and move to Tel Aviv will be able to eat in some of the best restaurants in the world. Two of the White City’s finest establishments, Abraxas North and Habasta, were featured on Newsweek’s list of the Top 101 Places in the World to Eat.For those who prefer to cook their own gourmet meals, the Lifestyle section featured plenty of great recipes this week, as usual. Chef Laura Frankel showed that you don’t need to be a master baker to produce an elegant Italian Plum Tart, and the team at gourmetkoshercooking.com reinvented the innocent snow cone and provided recipes for the more sophisticated, grown-up version – granitas. 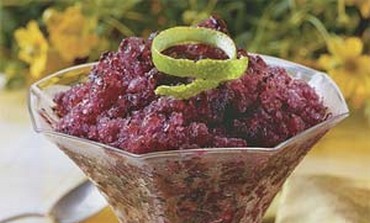 Moving away from the kitchen, Wayne Stiles explored the quieter side of Jerusalem, stirring up an interesting discussion among talkbackers about the Garden Tomb as an oasis for contemplation.After a short hiatus, JPost social media manager Zohar Friedman, returned with her popular column that thematically reviews mobile apps with a Jewish or Israeli twist. This week she reviewed the top 5 apps to debunk the confusion surrounding the study of Kabbala.Staying on the mystical theme, Cirque du Soliel arrived in Tel Aviv with its magical Alegria show, receiving a standing ovation from the excited crowd. Taking a break from discussions about a possible strike on Iran, some of the country’s leading politicians were spotted enjoying the gravity-defying acrobatics.

Believe it or not, the High Holidays are fast approaching so look out next week for some tips on how best to prepare in advance.The writer is JPost.com's Lifestyle editorFollow @JPost_Lifestyle