Actress Esti Zakheim is all about being true to herself and making an impact.

By DANA ZAX
Esti Zakheim
(photo credit: SHARON SHTALBERG)
Advertisement
My interview with Esti Zakheim started at ten pm, after she spent the evening with her family and tucked in her twin girls. This little detail might give you an idea of how this amazing woman manages to combine acting in theater shows, teaching and volunteering, with such a great family life. "It is very difficult, because you have to pay a price, you never feel all-in,” says Esti, "But I know that if I won't live up to those parts of me, I will not be as good of a mother. I have to juggle, but I make it work.” 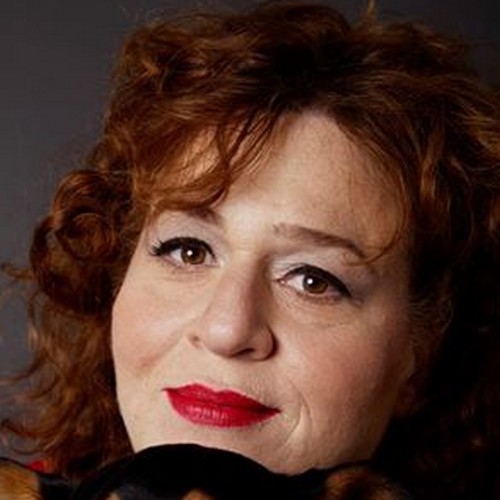 Talking about her kids, Esti tells me she lost eight kilograms during her first pregnancy. I was, clearly, very surprised. "It was the first time in my life I didn't feel all alone. The need for emotional eating, for filling your soul with food, didn't exist. Something grows inside of you and is always there with you, it was a life-saving experience for me.” Her father was very sick and died two weeks after the birth, "I think he waited until Uriel was born to let go, so he won't leave me alone.”Esti and her father were very close. "We were so close there was sometimes fire between us. He kicked me out of the house once.” As a teenager, Esti was a part of Ad Kan, a left-wing youth organization, while her father was very right-wing. A reporter wrote an article about the organization, and Esti, trying to respect her father's wish, asked the writer to not mention her name. Well, he didn't, but he put up a picture of her, and wrote- 'The living spirit of Ad Kan'. Her father was so mad that he only let her come back home two months later. "It was very traumatic. My father was very intense, but I was his beloved young daughter, and it was hard for him to see me do things he did not approve of.” When Esti came up to him and said she was trying to choose whether to study acting or mechanical engineering - so she could join him in his factory - he told her to go after her dream. "He said that as long as he lived, I wouldn't have to worry about a thing. And I didn't, he always gave me complete support.” Another great impact on Esti's future was her mother. "My mother always says: instead of sitting at home and complaining, you need to go out and make a change in the world,” and that is her agenda in life. "I feel like I have some kind of a mission, something is burning in my bones - socially and politically. My role as a known person isn't just showing up at cocktail parties. If I have a chance to make an impact, even a small one, I have to make it.” And that is what she does. Esti volunteers, she is politically active, and she performs marriage ceremonies. "It started mostly with same-sex couples, and went on to everyone who wants to have a Hebrew Wedding,” Esti performs beautiful ceremonies that include vows and rings, the breaking of a glass, and an alternative Ktuba. Along with that busy schedule, even the shows Esti chooses to act in have much more than entertainment to them. She chose to focus her work on fringe theater, and not on the central theaters. "I can't do things that I don't feel comfortable with. The theater is deep in my soul, and I have to do what I love and what challenges me. Being a 'theater clerk' is not what I want to do in life.” Acting in six different plays - three as the lead - mostly in Tmuna Theater, "the first lady of Tmuna" works around the clock. "It is the harder choice to make, financially and mentally. People are used to simple comedies or melodramas, and it is hard for them to be open to experiencing something different, which is what I believe to be real theater,” says Esti. "People say I disappeared, but I didn't. I'm working all the time, and I manage to make people get out of the box and be open to something different. I feel like that's a real mission.”In the play Lo Be'beit Sifrenu, Esti is playing a mother handling her gay son’s coming out of the closet. Getting ready for the role, Esti talked to mothers who went through this experience. She shares that "one of the mothers told me she regrets kicking her son out on a Friday, and made me remember that my dad also kicked me out on a Friday. So your son is gay, or your daughter is a Lefty, it is exactly the same. We are all different, and it is important to talk about it.” Esti's choices are very admirable, but are not all that common. "People ask me why I talk about these things, but I say that people need to talk, or they would feel all alone in the world,” says Esti. "It might be hard to accept it, but we are all the same - everyone just wants to be loved. If people would respect each other, anything could happen.” It seems to me that we can all learn a thing or two from this passionate woman.