Martin Scorsese’s new film "The Wolf of Wall Street" is based on the true story of Jordan Belfort, from his rise to a wealthy stockbroker to his fall involving crime, corruption and the federal government. 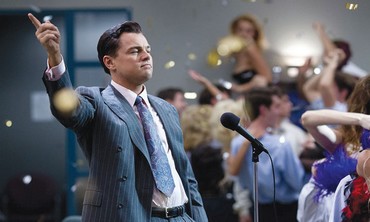 FILM Urban AnimalA New York City stockbroker refuses to take part in a large securities fraud caper that includes mob infiltration into Wall Street and the corporate banking world.Martin Scorsese’s new film The Wolf of Wall Street is based on the true story of Jordan Belfort, from his rise to a wealthy stockbroker to his fall involving crime, corruption and the federal government. With Leonardo DiCaprio, Jonah Hill, Margot Robbie, Mathew McConaughey, Rob Reiner.DANCEAll togetherThe Batsheva Dance Company presents a new mixed-gender version of Ohad Naharin’s work The Hole, previously presented in all-male and all-female versions. The Hole was created for the Varda Studio in the Suzanne Dellal Center and is performed on a specially designed raised stage.January 8 and 9 at 7 p.m. and 9 p.m.; and January 10 at 2 p.m. For more dates and ticket information, go to www.batsheva.co.il or call (03) 517-1471.MUSICFun-loving girl 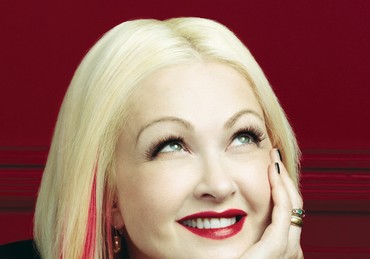 Cyndi Lauper.Thirty years after making heads spin with her effervescent debut album She's So Unusual, pop icon Cyndi Lauper will make her Israeli debut on Saturday night at the Nokia Arena in Tel Aviv at 9 p.m. Doors open at 7 p.m.Gingy SnapsThe Redhead project, comprised of 150 photographs of redheaded children and adults taken by Nurit Ben-Shitrit, will be on display at the Dizengoff Center in Tel Aviv until the end of January. In keeping with the event, the stores in the shopping center will offer orange-colored items at reduced prices.ARTFrom gallery to museum 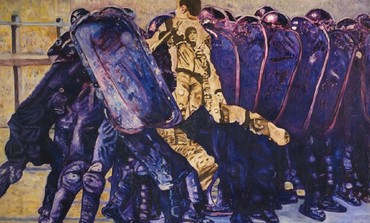 Selection from the Art Gallery in Umm el-Fahm.The Art Gallery in Umm el-Fahm has become a main art venue in recent years. The gallery’s primary goal is to be a home for Arab artists and artwork and to create a meeting point for a meaningful dialogue between cultures. An exhibition that opened last night at the Zemach Gallery in Tel Aviv is one attempt to raise funds for the Art Gallery in Umm el-Fahm. The works of leading artists will be sold at the special price of NIS 1,000.Material mattersThe Florentine 45 Contemporary Art Space is holding a group exhibition titled “Ingrained in Material.” The artists include Nimrod Reuveni, Ella Kendel, Rotem Fishler and Inbal Hoffman.Opens tonight at 7 at 45 Florentine Street, Tel Aviv.Heads upA new exhibition at the Hankin Gallery titled “Holon Rosh Be’rosh” presents dolls made by Dafna Lehman from recycled paper and other materials. On opening night, there will be a puppet show as well.Opens January 9 at 7:30 p.m. at 109 Hankin Street, Holon, (03) 559-0021

MIXEDWine cultureSommelier 2014, the ninth annual professional wine exhibition, will take place on January 7 and 8 at the Mann Auditorium in Tel Aviv. This is an opportunity to see the new quality and variety of Israeli wines and experience the landscape from which Israel’s wines have emerged.http://hatarbut.co.il

UPCOMINGBehind the masksGiuseppe Verdi’s political opera Un ballo in maschera (A Masked Ball) is the Israeli Opera’s next production. Love, hate, spite and revenge are all present in this new production of the opera, which will be conducted by Daniele Callegari with a mixed cast of solo singers from around the world and the Israeli Opera.January 17 to February 1. For tickets: (03) 692-7777; www.israel-opera.co.ilHocus focusThijs Van Leer, the leader of the iconic Dutch pop band Focus, is coming to Israel. The renowned musician, vocalist and flutist will spread his 1970s charm in five concerts around the country in the framework of the Hot Jazz series. Joining him will be Mike Del Ferro on piano, Amos Hoffman on guitar, Assaf Hakimi on bass and Shay Zelman on percussion.For dates and tickets, go to www.hotjazz.co.il
Advertisement
Subscribe for our daily newsletter