Ellen DeGeneres will host the 2014 Academy Awards ceremony, and you can watch it live on HOT and YES. 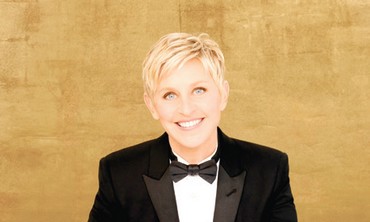 FILM 1. NON-STOP ACTION In the thriller Non-Stop, a burnt-out veteran air marshal springs into action during a transatlantic flight after receiving a series of text messages saying that the passengers are in jeopardy unless the airline transfers $150 million into an offshore account. With Liam Neeson, Julianne Moore, Lupita Nyong’o. TV 2. NIGHT OF THE STARS Ellen DeGeneres will host the 2014 Academy Awards ceremony, and you can watch it live on HOT and YES. Redcarpet event Monday from 2 a.m. and the live ceremony from 3:30 a.m. on HOT Gold, HOT VOD and YES Movies.MUSIC 3. SPRING TO THE TUNES The Kfar Blum Voice of Music Spring Festival starts today in the northern kibbutz, offering a host of concerts featuring Israeli young musicians and Israeli compositions.The festival includes concerts by the Camerata Orchestra, the Meitar Ensemble (pictured) and a cellist ensemble.Until Saturday at the Pastoral Hotel, Kfar Blum. For tickets and more information, go to www.kol-hamusica.org.il or call (04) 683-6611.

4. ‘NABUCCO’ AND ‘SPARTACUS’ Ruben Gazarian will conduct the world premiere of Haim Permont’s Nabucco Blues, composed to the poems of Ronnie Someck. The Israel Symphony Orchestra Rishon Lezion, with bass Guy Pelc and pianist Elisha Abbas, will perform a program that also includes Beethoven’s Piano Concerto No. 3 and Khachaturian’s suites from the ballets Spartacus and Gayane.Tuesday at 8 p.m. at the Opera House, Tel Aviv 5. LITURGICAL MOTIFS The Liturgical Festival will be in held in Beit Jamal and Jerusalem, offering a rich program of liturgical Baroque vocal and instrumental music with The Festival Orchestra and soloists.

Saturday at 12:30 p.m. and 2:30 p.m. at the Beit Jamal Monastery, near Beit Shemesh.Sunday at 7:30 p.m. at the Scottish Church in Jerusalem. For tickets, call 054-627-6690.6. ROCK IN EILATThe Herods hotels in Eilat will host the second Rock Music Festival, featuring some of Israel’s biggest rock stars, such as Ivri Lider, Avraham Tal, Carolina and Ninet Tayeb (pictured).March 6 to 8. For tickets and more information, go to www.fattal-rock-festival.co.il or call *3222.7. MODIFIED FOR MANDOLIN The Kerman Quartet, founded by Arik Kerman, performs chamber works that were adapted to the mandolin. The quartet will perform at Jerusalem’s Music Center next week. The program includes works by Vivaldi, Mozart and Piazzolla.Next Thursday at 8:30 p.m. Call (02) 624-1041.

MIXED BAG 8. RUNNING IN TEL AVIV The annual Samsung Marathon Tel Aviv will take place tomorrow, offering runners a choice of six routes for different levels, including handcycling for the disabled and children’s mini-marathons.Celebrating its 80th anniversary, the marathon was first held in Tel Aviv in 1934. The starting point will be on Rokach Boulevard, beginning at 6:25 a.m.For more details, go to www.tlvmarathon.co.il.ART9. NORWEGIAN WOOD A new exhibition at the Contemporary by Golconda gallery is titled “Two Moons on the Shore, a Wind-Up Bird in Norwegian Wood: Haruki Murakami and Contemporary Art.” It brings together works by an international group of artists, displaying photographic works, video art, paintings and installations hung next to texts by the acclaimed Japanese author.Until May 31 at 117 Herzl Street, Tel Aviv, (03) 682-2777, www.contemporary.co.il 10. EVOLVING IDENTITIES Jewish learning among secular Israelis is the inspiration for a current art exhibition.The eclectic “Secular by Halacha” exhibition focuses on Jewish learning within the secular public and responds to it through reinterpretation, gesture and criticism.The exhibition consists of a collection of paintings, photographs, movie clips, speeches, poems and talmudic texts created by 24 artists.Until May 5 at the Nahum Gutman Museum, 21 Rokach Boulevard, Neveh Tzedek, (03) 510-3349, http://gutmanmuseum.co.il.
Advertisement
Subscribe for our daily newsletter