American jazz singer Catherine Russell will appear nationwide from March 8 to 15 as part of this year’s Hot Jazz series. 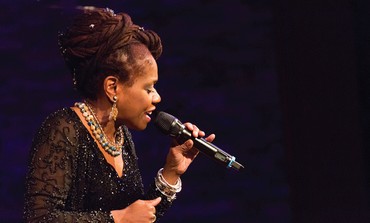 Colin Firth turns in a performance of immense emotional complexity in The Railway Man, the real-life story of a former prisoner of war’s coming to terms with his time working on the Burma Railway, an adaptation of the best-selling autobiography of the same name by Eric Lomax.
With Nicole Kidman, Stellan Skarsgard, Hiroyuki Sanada, Jeremy Irvine.
TV

2. TRUE DETECTIVE The much-awaited third season of the British TV crime-drama series Sherlock begins on HOT this week. Sherlock Holmes (Benedict Cumberbatch) returns after falling from the roof of a building to find that while it’s easy to pick up where he left off solving crimes, it may not be so easy to coax Dr. John Watson (Martin Freeman) back into his old role of straight man/colleague.
MUSIC

3. JAZZ DIVA American jazz singer Catherine Russell will appear nationwide from March 8 to 15 as part of this year’s Hot Jazz series.
Saturday at Ganei Tikva; Tuesday at Zappa Club, Herzliya; Wednesday at Einan Hall in Modi’in; March 13 and 14 at the Tel Aviv Museum of Art; and March 15 at Abba Hushi House in Haifa.
4. CHAMBER MUSIC CONCERT Swedish cellist Frans Helmerson, along with Israeli violinists Sergey Ostrovsky and Semion Gavrikov, violists Roman Spitzer and Shuli Waterman and cellist Hillel Zori, will perform chamber music in Tel Aviv. On the program are Mozart’s Sinfonia Concertante, Schulhoff’s String Sextet and Brahms’s String Quintet.
Saturday at 8:30 p.m., Auditorium of the Israeli Conservatory of Music, Tel Aviv 5. LOVE SONGS A romantic concert will take place in honor of International Women’s Day. Soprano Galina Zipperblatt and tenor Dimitri Semionov will sing well-known love songs and arias. NIS 60. Free for children.
Saturday at 12:30 p.m., Beit Jamal Monastery, near Beit Shemesh. For tickets, call 054-627-6690 6. DESERT BLUES Itai Perl and Yair Dalal join forces in a performance of songs and instrumentals influenced by the blues and the deserts of the Middle East. Dalal on oud, violin, vocals and harmonica; Perl on guitar and vocals; Avi Agababa on percussion.
Tonight at 8:30, Confederation House, Jerusalem ART 7. JEWISH FASHION A new exhibition at the Israel Museum titled “Dress Codes – Revealing the Jewish Wardrobe” features more than 100 costumes from four continents.
The rich display showcases the colors, textures, history and symbolism of clothing, offering a cross-cultural celebration of the history of Jewish apparel.
March 11 through September 13, Israel Museum, Jerusalem 8. NOT JUST FOR PURIM The Israel Museum brings together a rare group of 9,000-year-old stone masks, the oldest known to date, in a groundbreaking exhibition. Culminating nearly a decade of research, “Face to Face: The Oldest Masks in the World” showcases 12 extraordinary Neolithic masks, all originating in the same region in the ancient Land of Israel.
March 11 through September 13, Israel Museum, Jerusalem
THEATER 9. CLOWNING AROUND Just before Purim, Tel Aviv’s Tzavta Theater celebrates the art of clowning in an event called Town Clown.
The shows include Aapchi, a day in the life of a clown with a cold, for ages three and up on Saturday at 11:30 a.m.; The One Thing Show, a human saga on Tuesday at 8:30 p.m.; and Alte Zachen, a Yiddish show on March 18.
For more shows and tickets, call (03) 6950156/7.]
10. THREE TALES Offenbach’s opera The Tales of Hoffmann is the Israeli Opera’s next production.
This colorful sassy love trilogy premieres on March 20 and will run until April 5. Frederic Shazlan will conduct the production, which is directed by Derek Gimple. With Soprano Lyubov Petrova and tenor Gustavo Forte. In French, with English and Hebrew subtitles.
For dates, times and tickets, call (03) 692-7777 or go to www.israel-opera.co.il.
Advertisement
Subscribe for our daily newsletter