The first comprehensive exhibition in Israel of the work of Brazilian artist and photographer Vik Muniz opens in Tel Aviv. 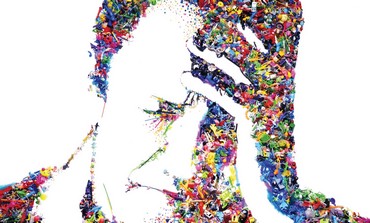 FILM1. A TRUE STORY Philomena is a film based on the 2009 investigative book The Lost Child of Philomena Lee by BBC correspondent Martin Sixsmith. The film focuses on the efforts of Philomena Lee, an Irish-Catholic woman in the US who gave birth to a son out of wedlock and gave him up for adoption. After starting a family years later in England and, for the most part, moving on with her life, Lee met Sixsmith, with whom she decided to look for her longlost child. With Judi Dench, Steve Coogan.OPERA 2. THREE LOVE STORIES The Tales of Hoffmann, the sassy three-part opera by Offenbach, premieres tonight at the Opera House in Tel Aviv. Frederic Shazlan conducts and Derek Gimple directs, with soprano Lyubov Petrova singing all three female leading parts. In French, with English and Hebrew subtitles.Until April 5. For tickets, call (03) 692-7777.ART 3. THE JOY OF DISCOVERING “Journeys,” a new exhibition in the Israel Museum’s Ruth Youth Wing, invites visitors to explore remote locations and experience the excitement that the discovery of terra incognita invokes in the traveler. The exhibition examines the physical and emotional baggage we take with us when we travel, the experience of being on the road and the exhilaration and trepidation of discovering unknown places. Featuring works by Israeli and international artists.March 27 through January 31, 2015.4. A PLAY ON SCALE The first comprehensive exhibition in Israel of the work of Brazilian artist and photographer Vik Muniz opens in Tel Aviv. The extraordinarily rich oeuvre, created primarily in series, displays Muniz’s ongoing exploration of visual perception and representation, as well as his play on scale and perspective. The artist will give a talk on opening day at 2 p.m. (NIS 30), and there will be special workshops for children at the exhibition.Opens March 28 at the Tel Aviv Museum of Art. For reservations and information, call (03) 607-7020.5. THE PRINT COLLECTION Art lovers have the opportunity to purchase artwork at a 20 percent reduction as part of the exhibition “From the Press,” which features etchings by leading Israeli artists, created at the etching workshop at Kibbutz Cabri in the Western Galilee.Opens March 27 and 28 at the Israeli Art House, Tel Aviv-Yafo Academic College, 2 Rabeinu Yeruham Street. 6. THE OLD NEIGHBORHOOD “Group Portrait,” a new exhibition at the Social Gallery of the Musrara School of Photography, showcases the multifaceted reality of the children who grew up in the Musrara neighborhood in Jerusalem the 1950s and 1960s. It is a journey through private family albums and elementary school alumni photos, as well as rare photos from their lives in Morocco and Algeria. Moshe and Uri Revah, who grew up in the neighborhood, will give a musical performance.Opens tonight at 8, 22 Shivtei Israel Street, Jerusalem MIXED 7. ROLLING DOWN SOUTH Next weekend, a bicycle-riding event for the whole family will take place in the Arava and Timna Park. Participants are invited to ride on the new bicycle routes, feed the animals in the park, go on historical challenges and participate in a Kabalat Shabbat with Israeli music and dance group Tararam.March 27 to 29. For accommodation, prices and more information, go to www.goarava.co.il; www.parktimna.co.il/event; or call 1-800-225-007.8. COLORFUL TRADITIONS The choreographers of Mizrahi Dance will bring their best at an evening of the Turquoise and Purple project of folkloredance works and modern interpretations of the genre.

March 27 at Mahsan 2, Jaffa Port. NIS 100. For a full program and tickets, call (03) 902-1563.9. ZEN AND EASTERN EUROPE Zen Dance, a new work by choreographer Liat Dror, will be presented in Tel Aviv. The work features special guest Iva Bittová, an avant-garde Czech singer and violinist whose music is a mix of rock and Eastern European music.April 19 at 9 p.m., Einav Center, Tel Aviv.For tickets, call (03) 574-5005.10. SOMETHING FOR EVERYONEWell-established ensembles from Israel and the world join young musicians in a six-day lineup of concerts featuring everything from world music, swing, jazz and fado to chamber, instrumental and vocal music at the 16th annual Felicja Blumental International Music Festival.

March 31 to April 5. The concerts will take place at the Tel Aviv Museum of Art. For tickets and a full program, go to www.blumentalfestival.com.