By NIV ELIS
FEBRUARY 10, 2012 11:31
BelleMode bus segregation fashion 390
(photo credit: Lior Nordman, Belle Mode )
Advertisement
Fashion magazine BelleMode caused a splash on the web this week when it released overtly sexualized high-fashion photos from its forthcoming issue depicting the issue of ultra-Orthodox gender separation on buses.The photographs surround a lone female model on an Egged bus with leering males, all dressed in fashionable, revealing clothing based on traditional religious garb. Transparent tops and open shirts belie the modesty of long sleeves and black material. In one photo, the woman's mouth is taped shut.  Another, featuring a tattooed male on a bus bench covered only by his haredi-style coat, turns the issue of sexualization on its head by portraying the man as the object of desire. 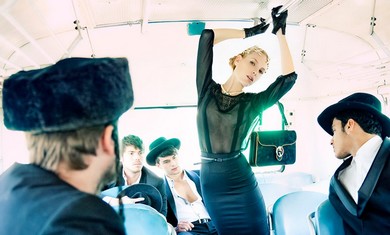 BelleModeGender segregation on public buses, still practiced on some lines despite being officially illegal, has sparked outrage both within and outside of Israel. The ultra-Orthodox insist that it is more comfortable for all members of the haredi community, who aim to avoid physical contact with one another. Women's rights supporters say that sending women to the back of the bus turns them into second-class citizens and infringes on their rights. US Secretary of State Hillary Clinton even compared the practice to US racial segregation, and said it made her worry for Israeli democracy. 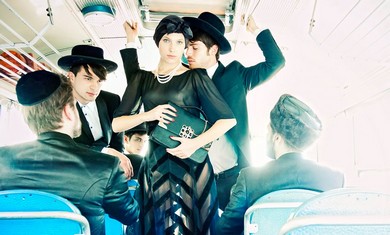 BelleModeBelleMode editor Maya Pollack says fashion is a great medium for getting at the issue of women's exclusion in Israel. "In the field of fashion, women have a lot of power," she says. The idea of the shoot was "to juxtapose the very, very modest and very, very closed with the rebellious and sexy. "Asked if fashion itself objectifies women, Pollack replies, "As long as it is done in good taste and doesn't hurt the woman, I see no problem." "When there's a topic like this," she continues, "it's worth it to be a little more cheeky and provocative, so the theme will be heard actually through the strength of the woman." 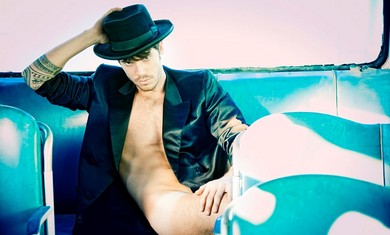 BelleModePhotographer Lior Nordman says women's sexuality is important. Referring to the argument that women must be modestly dressed to avoid unwanted male attention, he says "I am surrounded by minimally dressed women at least four times a week, and I still manage to keep control of myself." 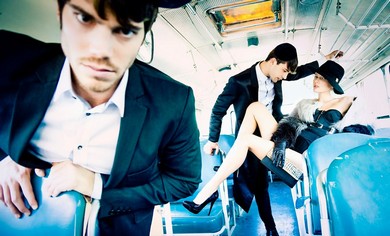