An oasis of culinary calm 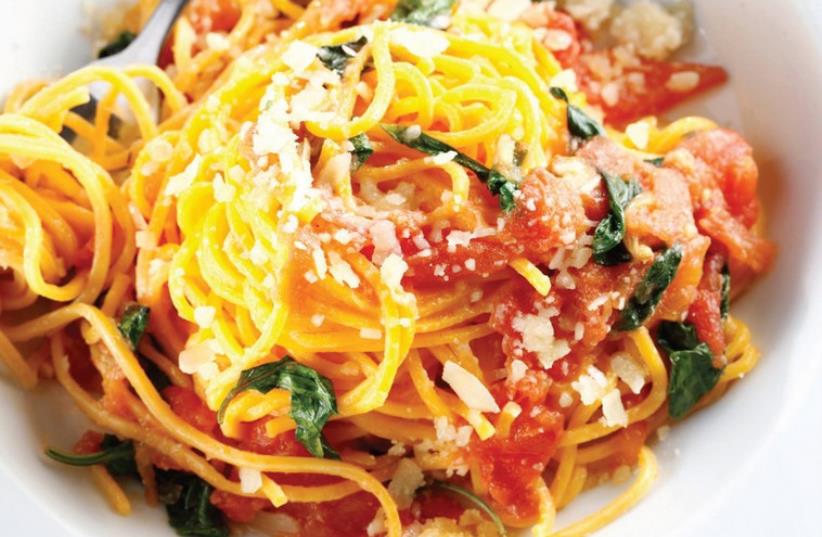 A new laid-back Nagila café and restaurant opened recently near Mahaneh Yehuda
(photo credit: Courtesy)
Advertisement
A short walk away from the hustle and bustle of Jerusalem’s Mahaneh Yehuda shuk and its trendy bistros and upscale eateries, you can enter an oasis of culinary calm.The Nagila café and restaurant opened last month in a historic building on one of those narrow alleys connecting the city’s Jaffa Road and Agrippas Street. Boasting a large front patio to enable people watching and enjoying the Jerusalem breeze, as well as ample seating inside, the restaurant touts itself as a fresh, healthful vegetarian alternative to the meat-heavy shuk area.The organic approach, enhanced by folksy world music playing in the background, contributes to the slightly bohemian, laid back vibe of Nagila, named after its proprietor Gila.“A few years ago, I catered my daughter’s bat mitzva, and then also the bat mitzva of a friend of hers.And people started telling me I should open a restaurant. When I saw this location, I decided to go for it,” she explained after presenting myself and my two companions with menus.Among the starters were grilled baladi eggplant with tehina, olive oil, lemon, garlic and parsley (NIS 26), Sea bass ceviche (NIS 34) and fish falafel with tehina (NIS 26).There are daily additions, like the vegetable latkes that we ordered – five crispy pancakes lightly fried and delicious.Another winning option is the soup of the day – this day being cream of zucchini soup (NIS 26), which was served in a huge bowl and whose zesty taste was just as big.A basket of nutty, whole-wheat bread complemented the starters, along with the homemade spreads, including an olive paste and an inventive tehina and beets spread, The main course fare is focused on fish, pasta and salads, with some interesting twists. All entrées are served with a generous portion of grilled vegetables and a choice of whole rice or oven-baked potato spears and a salad.Among the options are grilled salmon, sea bream or striped bass (NIS 79-89), a whole rice with lentils, onions and vegetables vegan dish (NIS 45) and a range of pasta – ravioli with cream, thyme and pumpkin (NIS 62), market pasta, wide strips of pasta with zucchini, lemon and Parmesan cheese (NIS 56), different pasta with a choice of sauces – white cream mushroom cream or rosa tomato sauce, and the Nagila salad featuring walnuts, pears and feta cheese (NIS 26 or 44).Our grilled salmon was succulent, and the accompanying grilled vegetables and potatoes were not far behind. The pasta with cream sauce, while tangy, was not overpowering the way some creambased dishes are. Both plates were emptied, and even though a cream sauce isn’t exactly health conscious, all the accompanying vegetables offset it, at least in my mind.Keeping with the healthy theme, fresh lemonade and orange juice are offered along with the usual beverages. For dessert, there’s a choice of tiramisu, chocolate mousse cake, a changing menu of fresh pies and cookies and ice cream and sherbet. Both the mousse cake and the pear pie were rich and fresh, and removed any semblance of leaving healthier than when I came in.While there was nothing “wow” about the food offered at Nagila, there was nothing bad about it either. The relaxed setting and friendly service (which still needs some kinks worked out) make it an sublime addition to the eating options around the shuk.And if you stay away from the sweet desserts and the cream sauces, you really can dine in a healthful style.The writer was a guest of the restaurant.Nagila
Kosher
5 Mashiach Borochof St.
Jerusalem (02) 622-3331
Advertisement
Subscribe for our daily newsletter