Ask the barman: Fun and fruity at Mishmish

Working at one of Tel Aviv's most established cocktail lounges, Yigal Dayan is proud to boast that over 100 couples that he has served on their first date eventually got married.

By YONI COHEN
Mishmish
(photo credit: Courtesy)
Advertisement
Yigal Dayan, owner and barman at Mishmish (Hebrew for apricot), one of Tel Aviv's most established cocktail lounges, talks about the trials and tribulations of his work.Dayan served some of the most famous celebrities in Israel during his bar-tending career which has spanned over two decades. A self-confessed creature of the night, he enjoys making people smile and does not enjoy making vodka redbulls. Taking a break from serving the public that he loves so much, Dayan took some time out to explain how he began working as a barman and even some tricks of the trade. 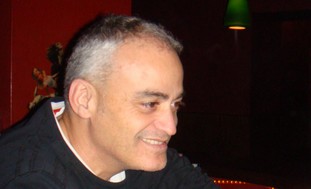 Yigal Dayan
How long have you been serving drinks?I started to work in bars and clubs in the 90s. I really enjoyed working in the nightlife scene because I like to see people smiling and really don't enjoy being in a bad mood. Also, the nightlife scene suits me well because I really don't understand how people can get up in the morning!How did you get into making cocktails?While I was working as barman I did a special course. But the course only sharpened some of the skills. I had already learned most of the skills on the job.What is the craziest story you have from a night working behind the bar?There are far too many interesting stories to tell. I don't think I could tell you the crazier stories without getting in trouble. 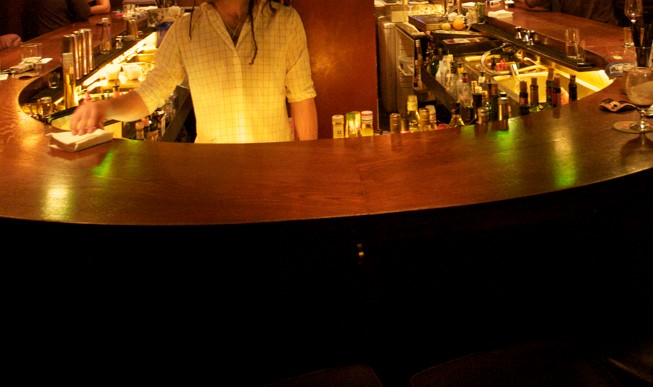 Who is the most interesting customer that has sat at the bar while you were working?I can't think of one specific person that stands out. Most of the famous Israeli celebrities and MKs have come to drink at the bar. Even foreign celebrities have to come to drink at Mishmish. I think that only Netanyahu has not come to sit at my bar.Who would be your dream person to serve a drink to?I treat everyone the same. Most of the famous people have already come to drink here. Even the cleaner on the street is more than welcome in my opinion. I just like to serve people.What does it take to become a barman?Anyone can become a barman but not everyone can be a good barman. You need a lot of experience and practice to really be successful. 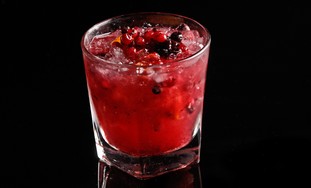 Red Mandarin
What is your favorite drink to make?Red Mandarin. It consists of fruits of the forest, oranges, sugar, lemon and vodka.What is your least favorite drink to make?Vodka redbull.What is your pet peeve about being a bartender?Serving vodka redbull.What is the best part of the job?I love to talk with people and I really enjoy the social aspect of the job. I like to make people laugh.I also enjoy being a matchmaker. It is quite interesting how many people have got married after spending their first date at Mishmish. I would say that over 100 couples have told me that they got married after meeting or having a first date here. There is nothing like the buzz of knowing this. I like to make people smile.What is the best tip you have ever received?NIS 1000. 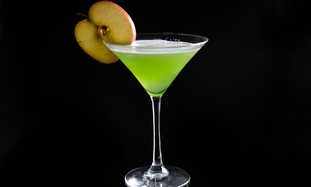 Apple Martini
How many people try to hit on you during a night?I lose count. It happens so often.Do you have any tips for anyone that wants to start bartending?You have to be a good communicator and a great sales person. Lots of confidence is also needed. It is actually more important to be a good communicator rather than be able to prepare a drink. But obviously having the basic skills does help. Mishmish, Lilenblum 17, Tel Aviv. Sunday-Saturday: 9:00 p.m until the last customer.Phone: 03-5168178.
Advertisement
Subscribe for our daily newsletter