Ask the Barman: Juggling the drinks in Jaffa

When not working on his artwork, Roi Badash can be found serving cocktails and wine to Tel Aviv's discerning drinkers at Jaffa Bar.

By YONI COHEN
Roi Badash at Jaffa Bar 311
(photo credit: Yoni Cohen)
Advertisement
Considered by some as a veteran in the profession, Roi Badash has been a bartender for over 10 years and doesn't intend to give up anytime soon. Taking full command of the impressive square bar at Jaffa Bar, Roi knows certainly looks like he knows what he is doing as he charms the customers with his impressive cocktail-making skills and his smile. The bar, which serves food by chef Nir Zook, offers a comprehensive international wine list which Roi has no problem, as a result of extensive world travel. When he's not serving up the drinks until the early hours at the classy Jaffa watering hole, Roi can be found at his quiet south Tel Aviv apartment with his dog, working on his oil paintings and ceramics. Roi took some time out from entertaining some of Tel Aviv’s most discerning drinkers to answer a few questions about the trials and tribulations of being a bartender. 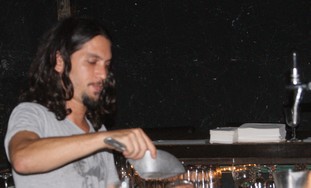 Photo: Yoni CohenHow long have you been bartending?Too long! I try to quit but I can't – it’s like being addicted to cigarettes.How did you get into it?I got released from the army and I was looking for something fun to do. So I used the tax payer's money [many people receive a grant when finishing the army to learn trades such as bartending] to go to a bartender school in Tel Aviv. Who would be your person to come and sit at your bar? A good drinker and a nice person. 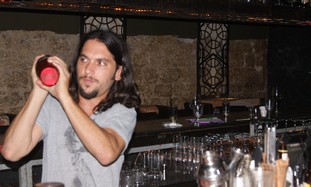 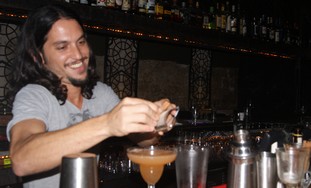 Photo: Yoni CohenWhat is the best tip ever you have ever received?I once got NIS 700 from one guy. What did you do to get that tip?The guy was alone and he just started drinking and buying me drinks at the same time. He must have enjoyed my company. Now he comes all the time and we're actually friends. How many people a night try to hit on you?To be honest, most people that come here are usually on a date. 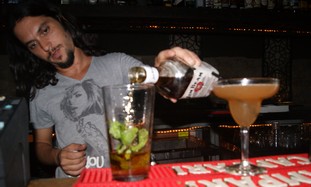 Photo: Yoni CohenBut what about other bars that you have worked in?There are always the types of girls that want to sleep with the bartender – apparently, but what would I know (said with a cheeky smile) So from what you have heard, how many girls a night?You can get ten phone numbers a night. It has happened a lot of times that a girl has come on a date with a guy, they've left together and then she came back alone to see me. So are you still single?Yes. In Tel Aviv it's hard to have a girlfriend. 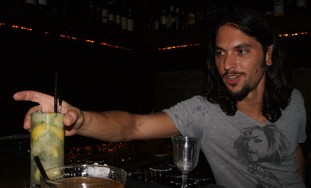 Photo: Yoni CohenWhat does it take to be a good bartender?You need to understand who you're dealing with and where they come from. You need to know whether to leave them alone or not when they want privacy. If someone is on a date then you should know to leave them alone. Do you have any tips?To like people in general and be interesting. Jaffa Bar.Open every day  8:00 p.m. until the last customer.30 Yefet Street, Jaffa.03-5184668 Ex. 3