The organization joins Chicago Dyke March in banning rainbow flags with the Star of David. 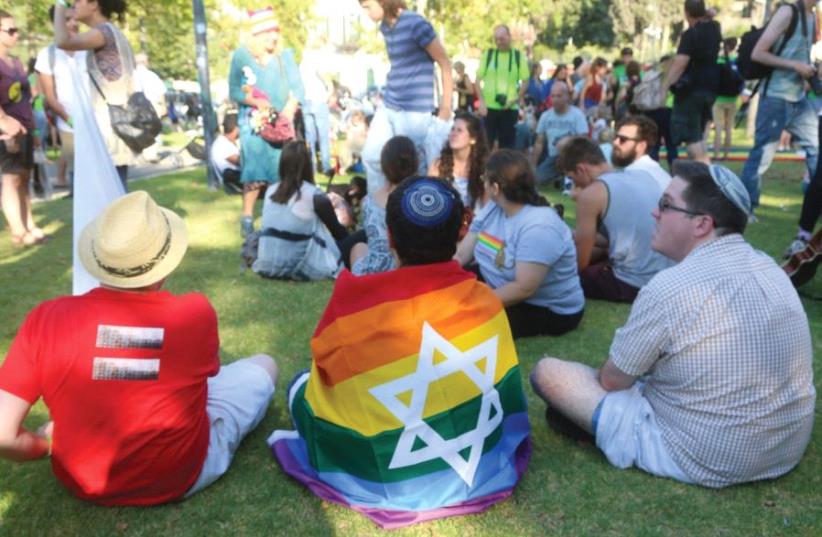 Jerusalem Pride Parade
(photo credit: MARC ISRAEL SELLEM)
Advertisement
SlutWalk Chicago is the latest organization to join the "anti-Zionist" brigade.  The feminist organization lauded the organizers of the Chicago Dyke March for their decision in June to kick out three marchers for carrying rainbow flags emblazoned with the Star of David.According to a report first published in The Windy City Times, the three members were told to leave the parade because the flags "made people feel unsafe" and that the Dyke March was a "anti-Zionist, pro-Palestinian" space.SlutWalk Chicago tweeted on July 16: "We still stand behind @DykeMarchChi's decision to remove the Zionist contingent from their event, & we won't allow Zionist displays at ours."

We still stand behind @DykeMarchChi's decision to remove the Zionist contingent from their event, & we won't allow Zionist displays at ours

You attacked, humiliated and robbed me of a job. No tears. I forgive you. Just hope you learn how destructive and pointless hatred is.

Gretchen R. Hammond, the reporter who broke the Chicago Dyke March story, said that the Dyke March "attacked, humiliated and robbed"  her of a job at The Windy City Times. Hammond, an award-winning reporter, has since been transferred to the sales department.Chicago SlutWalk clarified their statement of support with another tweet on July 22: "We support people showing their Jewish and LGBTQ+ pride. Please show yours if you feel so moved! Just leave the Zionism at home."The organizers said that the rainbow flag with the Star of David was used by marchers "as a symbol of their agenda" and "in that specific context the flag was not neutral."

We support people showing their Jewish and LGBTQ+ pride. Please show yours if you feel so moved! Just leave the Zionism at home ¯\_(ツ)_/¯

The Chicago Slutwalk is set to take place at Lake Shore Park on August 12. SlutWalk rallies have been held all over the world in protest against slut-shaming and rape culture.Several hundred Israelis took part in the Tel Aviv SlutWalk in May, marching through central Tel Aviv in a rally against sexual harassment and assault.