To be. There’s no question about it.

Advertisement
As a preparation for my recent move to Israel, I immersed myself once again in my grandfather’s memoir of his 1948 Independence War participation. Like others at that time, my grandfather was one of the many volunteers who traveled from every corner of the world to help protect the Jewish people in the very first days when the State of Israel was being born.Together with a group of other committed and enthusiastic young men from Cuba, they boarded the ship that was to take them along with tons of firearms and ammunition to supply the ever growing needs of the Israeli army. Unfortunately the destiny of the ship was to be one of our nation’s great regrets and disgraces.The Altalena became the recipient of the product of man’s insecurities and jealousies. In a twisted turn of events, a fratricidal war broke out between the Haganah and the Irgun, and the training that was meant for the enemy was requested to be used against the very people the volunteers had crossed oceans to help. Their guns, however –as my grandfather recalls–, refused to shoot their estranged brothers. “Ein davar, yihiye tov”, were the reassuring words of the sabras who had boarded the ship on its previous stop, for sure this unfortunate misunderstanding was going to get sorted out immediately.But an agreement wasn’t reached fast enough to spare the deaths of my grandfather’s two good friends –among many others on board– David Mitrani, and Daniel Levy; who collapsed right next to him, leaving behind a waiting bride in Havana.As the danger grew and a cease-fire was not forthcoming, they were forced to jump overboard and swim to shore, where they were rescued by Yemenites and brought to safety. 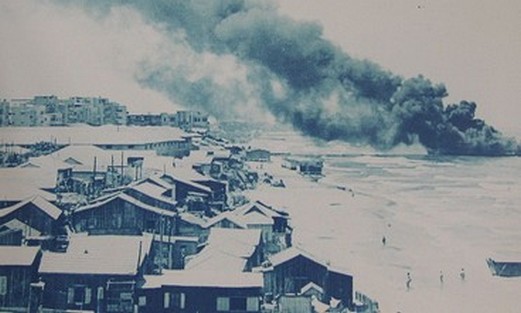 With a heavy heart but a clear mind, they kissed this land with tears and greeted morning with loyalty and perseverance. They had come to fight and fight they would; not against their brethren, but against anything and anyone that stood between their country and peace. And when given the choice to return to their homes, they donned mismatching and worn out boots and uniforms, and joined the army that received them with fire. Their wet passports would have enough time to dry until peace would be restored.Because of you abuelo, who came to this country and chose to fight so I don’t have to; who kept the greater good in mind and finished the mission you had come to fulfill even when that meant joining the people who tried to sabotage it; who cried so I could kiss this land with tears of joy; so someone else could tell me “yihiye tov! Hakol yihiye beseder!” when they find out I made aliya, preceded by a hearty “Mazal tov!” and “kol hakavod!”; today I was able to visit Rachel's Grave. And as I thought of her story I realized I had come to let her know her prayers were being answered, after years of exile, I was walking proof of G-d’s promise to her, Veshavu Banim Ligvulam. And although Redemption isn’t revealed yet, just like we receive Shabbat a few minutes before sunset, I am here anticipating it, expecting it, and anxiously waiting for that shofar sound that will herald the arrival of a new era.With your courage you chose to defend, protect and re claim our eternal heritage, so that today, five years after you left us I can be here. And I chose to be. To you abuelo and to all the soldiers who gave their lives and service to this land and to this people whom we love and cherish, I thank you.