By BATYA MEDAD
Advertisement
This blog post/rant was "inspired" by an article in the Forward:
My Son Won't Even Break the Glass at His WeddingWe have always been a Jewish family. We celebrate all the Jewish holidays, had our kids bar mitzvahed, sent them on Birthright trips, and occasionally attended shul.My son is marrying a woman from Singapore and we adore her. They are having a secular wedding — which we have accepted — but I did ask my son if he would break a glass at the end of his ceremony. He has refused. We are all going to Singapore to participate in her family traditions, but he has said he doesn’t want us to throw him a wedding or reception here. I am heartbroken that he will not honor this one request to honor his roots as a person who was raised in a Jewish home. Am I being ridiculous? Read more: http://forward.com/opinion/spirituality/318058/he-wont-even-break-the-glass/#ixzz3hj1hWmbn
Please don't get me wrong. I do sympathize with the writer, but she is definitely on the wrong track. Here's the comment I left on the site:

Sorry, but breaking a glass won't make the wedding Jewish when the bride isn't. And it also won't help to dance a hora. Their children will not be Jewish, so if you want to interest them in Judaism, you have a long way to go and fighting with them now won't help.

Her son is marrying a non-Jew who treasures her family and traditions. It's an easy guess to say that she will make every effort to raise whatever children they have in those traditions, and it's pretty obvious that her son has no problem with it.If she wants to create a situation in which future grandchildren and her son and daughter-in-law would want to live as Jews, then the best thing would be to increase her observance of genuine Jewish/Torah traditions, making them enjoyable and invite the family.Judaism isn't a part-time religion. Every aspect of life has a Jewish connection. There are not only blessings before food but after, and there is even a blessing one says after normal "body functions" in the toilet.During my most recent (last March) visit to New York, I was surprised to see a big poster for "traditional" sic Passover Seder food on the window of a traif non-kosher restaurant. 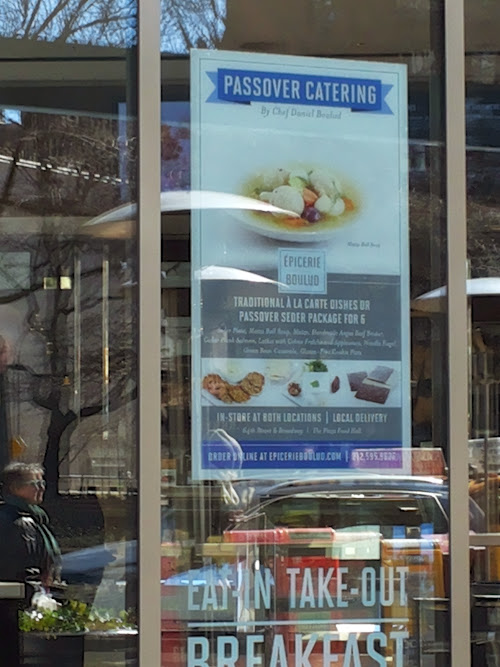 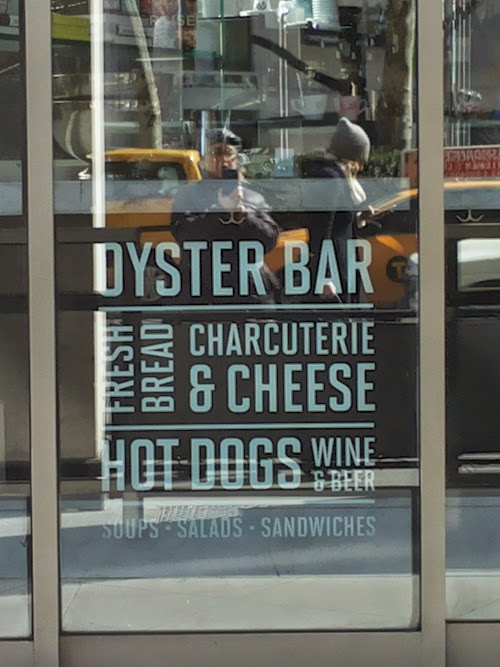 I just couldn't get over the absurdity of it. (That's why I took pictures of the windows.) I do admire the fact that many Jews, even those furthest from traditional Jewish life do try to to celebrate the Passover Holiday and others. And I do understand how the woman who wrote the letter is upset that her son refuses any vestige of Jewish tradition at his wedding.A seder meal from an oyster bar is no more kosher than a wedding to a non-Jew that includes the breaking of a glass is Jewish. And even those Torah observant, Orthodox rabbis, such as Rabbi Shlomo Riskin, who promote easier conversions for those who come from paternal Jewish lines, it is only for those who fully identify as Jewish and want to lead full Jewish lives.About conversion, he (Rabbi Riskin) said that for those with patrilinial (via the father) Jewish history/roots there is a concept of zera yisrael, Jewish Seed, which when recognized makes for an easier conversion, but a conversion nevertheless.There is no automatic Jewish status for children of Jewish fathers and non-Jewish mothers to make the bubbe feel better.And there is no guaranteed formula to automatically assure that all Jewish children will live as Jews, even here in Israel. May Gd give us all the wisdom to do the best possible for our families and loved ones. "inspired" by an article in the Forward:
Advertisement
Hot Opinion