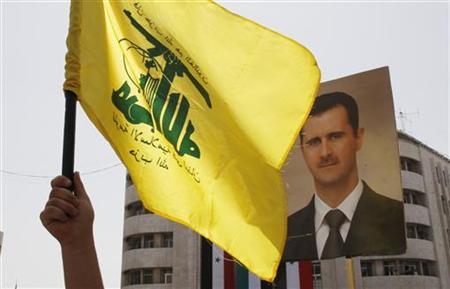 Matthew Levitt’s Foreign Affairs article, “Waking Up the Neighbors: How Regional Intervention is Transforming Hezbollah” describes how the Shiite terror organization as expanded its command structure to be a regional organization rather that a free radical inside the Lebanese government. The very serious problem is that Hezbollah could become an Iranian Satellite State breaking off parts of Lebanon and Syria for its formation leaving no opportunity for the Arab Shia religion to have free expression in either place and imperiling both Lebanon and Israel made all the worse should Iran become a nuclear power. The US and our allies have never had much of a policy to deal with Iran, Hezbollah and now ISIS but the reality is once Hezbollah became a source of both suicide bombers and hospitals in the eighties they had metastasized into a in operable tumor during the Lebanese civil war. To see this Iranian cancer spread into the lymph nodes that is Syrian Middle East will be a similar disaster for Syrians as the rise of Assad regime was but an even larger problem regionally. It is time for the US and our allies to make strategic choices in how it eliminates Al Qaeda, Iranian proxies and ISIS from the Middle East. The world can no longer tolerate a squeaky wheel approach to foreign policy or to the use of military force nor should we give our enemies the luxury of choosing the time and place of battle at both expense of civilian lives and our own blood and treasure.
President Obama recently suggested during a BBC interview that Iran will fund Hezbollah with or without sanctions because doing so doesn’t hurt the Iranian budget. However, Hezbollah has reported shortages of funds caused by sanctions to the sanctions hurt enough to effect Hezbollah even if that was merely an affected problem for Iranian domestic consumption and it ignores the fact that Hezbollah’s adventurism is going to make it much more expensive. If Israel, the Lebanese Army and UNIFIL do what it was supposed to do years ago and break down and then disarm the terror group the costs to maintain could sky rocket in terms of both blood and treasure for the Iranians. What cannot be tolerated is an expanding Hezbollah bolstered by a nuclear Iran in ten years. The Iranian sponsored terror group must be bled out of terrorism and out of existence as a group, while it would be easy to point out that Iran saves a lot of blood and treasure by using Hezbollah instead of its own forces, the loss of Hezbollah by Iran would be an enormous cost in treasure, blood, prestige and politics. More importantly, a Middle East without Hezbollah that is actively defeating Al Qaeda and ISIS would be that much a better place. One of the problem frequently overlooked by analysts is that Sunni terrorism is often a competitive reaction to Shia terrorism. Removing the thorn of Hezbollah would help dry up support for Sunni terror as much as effectively removing a terror network by force would discourage recruitment.