Use Nuclear Umbrella Against Reign of Khamenei 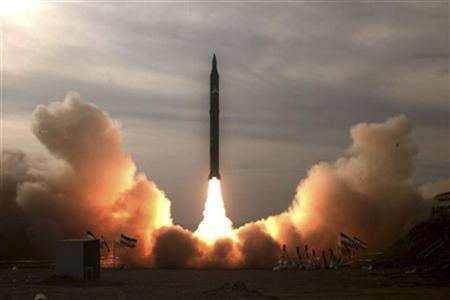 Nuclear treaty violator led by a “Supreme Leader," North Korea looks at South Korea the way a diabetic might look at a chocolate fountain which is to say it may look tasty but it is too much. The only purpose of the North Korean nuclear program is to frustrate the US on behalf of China which the Insulin that props up North Korea.  By contrast, Iran and its "Supreme Leader" are both ravenous in their appetites and clever in how Iran exports revolution and terror more than the terror state exports troops but it is doing both and it will do more of both now that economic sanctions are going to be lifted and eventually it will defend its actions with the threat of a nuclear weapon. One thing the US could do is have a formal agreement with Israel to launch nuclear weapons against any nation that attacks the other. So in theory if the US were to be attacked nuclear weapons then Israel could retaliate and vice versa. This would be a dramatic change to Israel’s policy of nuclear ambiguity but such a commitment from the US would mean any nuclear attack from Iran would result in the destruction of Iran.  However, such agreements could get out of control pretty quickly as Iran could sign a similar agreement with Russia and China but if the congress is able to hold the nuclear agreement hostage long enough, perhaps China and Russia could be convinced to sign exclusive agreements with Israel. Establishing a real consequence for the expected violations of the treaty and Iran becoming a nuclear terror state, coupled with an aggressive containment strategy that rolls Iran out of the Middle East entirely and Iran might find it has nothing better to do than grow a middle class which will want among other things religious and political freedom and that could be a good deal.