By ARYE GUT
APRIL 1, 2018 17:30
Advertisement
Presidential election in Azerbaijan will be held on the basis of great election experience. This is a very important political event. People, society should be remembered with their active involvement in the elections, because the election is a kind of culture. We have always witnessed enough activity of the Azerbaijani people in the elections, who go to the polling stations and cast their votes for their candidates so far. 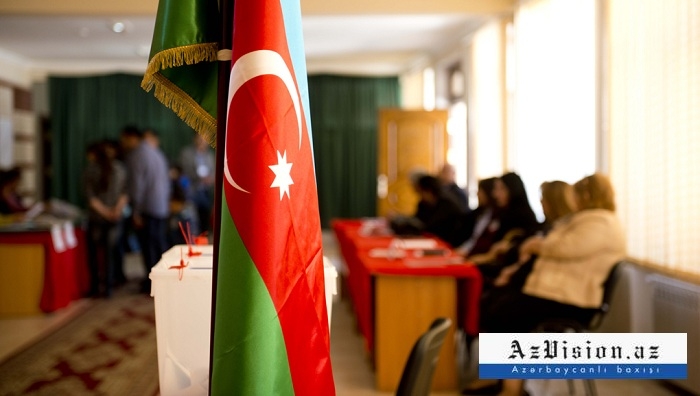 ÐÐ°ÑÑÐ¸Ð½ÐºÐ¸ Ð¿Ð¾ Ð·Ð°Ð¿ÑÐ¾ÑÑ azerbaijan-israel Azerbaijan is the most powerful country in the South Caucasus region. Today it is a factual reality that no country in Eurasia has closer or warmer ties with Israel than Azerbaijan. Over the 25-year history of diplomatic relations between the two states proved the necessity and viability of a strategic relationship between the Jewish state and the state with the Muslim majority. Our friendly states indeed act as true and reliable strategic partners. Azerbaijanis and Jews, in fact, cannot only co-exist, but also be real friends and develop and strengthen their relations.
Unlike many cultures, Azerbaijanis have never viewed Jews as foreigners or aliens. Israelis with roots in Azerbaijan are doing a great deal to foster the economic and even geopolitical cooperation between Azerbaijan and Israel. The Jewish people have never experienced any discrimination, harassment, insults, pogroms or any anti-Semitic actions in Azerbaijan. Every Jew who has ever visited Azerbaijan can confirm that the Jews living here can in all freedom visit a synagogue without going through a police cordon, walk around the city in their national clothes and with a bale on their heads, while doing so today in developed countries of the West can be dangerous.  At the same time, official Baku has repeatedly denounced manifestations of anti-Semitism elsewhere and Azerbaijan today is a center and wonderful example of multiculturalism in action for the whole world. This is why Jewish Azerbaijanis love Azerbaijan and are proud to make their contribution to strengthening geopolitical, economic and humanitarian cooperation between Israel and Azerbaijan.
As an Israeli citizen, I can proudly say that the leadership of Azerbaijan shows a great degree of respect and attention to its Jewish community which an integral part of the contemporary Azerbaijani society. Under the patronage of President Ilham Aliyev two synagogues and the largest Jewish educational center in the South Caucasus have been built. In addition, the Azerbaijani state annually allocates from the sufficient budget for all communities living in the country, including the Jewish community. Plans are in place for the first Azerbaijani Jewish museum, which will be the first Jewish museum in the South Caucasus.

ÐÐ°ÑÑÐ¸Ð½ÐºÐ¸ Ð¿Ð¾ Ð·Ð°Ð¿ÑÐ¾ÑÑ ilham aliyev
An independent policy based on national interests is the cornerstone of Azerbaijan’s foreign policy. It must be noted that there is only a handful of nations capable of pursuing an independent foreign policy in a modern world in which the process of globalization is utterly saturated.   President Ilham Aliyev's foreign policy strategy is based on accurate diplomacy and a balanced foreign politics. An independent foreign policy primarily rests on the aspiration to forge equal relations with all countries. Azerbaijan is affiliated with no military-political block and focuses on beneficial cooperation with countries of all shapes and sizes. Azerbaijan does not tolerate the language of pressure, and cooperation with foreign partners is based solely on reciprocity. Because of the balanced multi vector diplomacy of Ilham Aliyev, Azerbaijan today has its own word on the international political arena and is considered to be the most important in geographical sense and the most powerful in economical and defense sense, country in the region of Caucasus. It is undisputable fact that the Ilham Aliyev's foreign policy is very clear and predictable. Azerbaijan Republic is in favor of fruitful bilateral relations with all the countries, relations which are based on mutual interests, shared values, mutual respect, non-interference into each other’s internal affairs, and with a spirit of partnership. This approach already proves that it leads to positive results. Azerbaijan's foreign policy is an independent foreign policy. It is not influenced by any external factors, again due to economic performance and economic independence
One of the biggest challenges of Azerbaijan's foreign policy  is the resolution of the conflict between Armenia and Azerbaijan. More 25 years Azerbaijan and Armenian live in a situation of no war, no peace. In 1994 the ceasefire regime was established. Since that time, despite various efforts of the international community, they have not achieved a peaceful settlement. It is true that now the negotiation process is more active, more promising and has already certain results – but it is not enough to finalise the deal and to find a solution which will be based on norms and principles of international law and will restore territorial integrity of Azerbaijan. This conflict must be resolved only on the basis of international law and the decisions of international organizations
The energy policy shaped by Heydar Aliyev and further enhanced under the incumbent President Ilham Aliyev aimed to uphold the country’s national interests. That strategy helped Azerbaijan to secure one of the leading roles in various regional and global projects. Today, Azerbaijan is a steadfast partner in the energy security area and plays a significant role in ensuring the energy security of European countries. It is necessary to point out that even if Israel is one of the main clients to purchase Azerbaijani oil at the world market, it has several more important reasons to seek stronger relations with Baku. A significant portion of the oil consumed by Israel (an estimated 65 percent) is imported from Azerbaijan or by way of Azerbaijan through the Baku-Tbilsi-Ceyhan (BTC) major oil export pipeline. 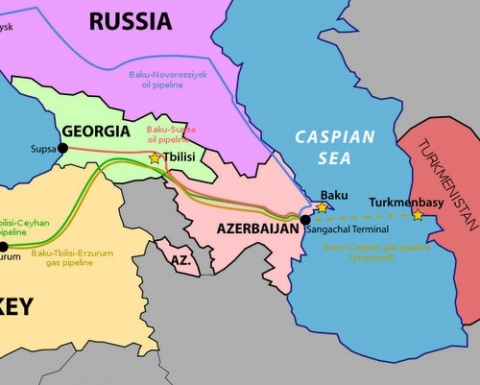 ÐÐ¾ÑÐ¾Ð¶ÐµÐµ Ð¸Ð·Ð¾Ð±ÑÐ°Ð¶ÐµÐ½Ð¸Ðµ
Azerbaijan also serves as the linchpin for energy diversity and security for Europe and Western markets, as Azerbaijan is not only the major energy and transport hub in the region, but a major producer of oil and natural gas that presents Europe with a non-Russian, non-OPEC and non-Iranian energy alternative. Azerbaijani pipelines, like the BTC (the largest oil pipeline in the world next to America’s Alaskan pipeline) pumps oil from the Caspian Sea through Georgia and to the Mediterranean Sea, terminating in the Turkish port city of Ceyhan
In addition and, perhaps, more importantly, Azerbaijan and its Western partners have already begun construction on the network of pipelines that will comprise the Southern Gas Corridor, which will transport Azerbaijan’s vast gas reserves directly to Europe, diversifying the sources of supply of natural gas for Europe and thus alleviating the risk of Russia turning off the heat in the middle of winter for some perceived affront.
Azerbaijan is trying to benefit from regional connectivity initiatives to boost transit and trade. In particular, the country is one of the sponsors of the East–West and North–South transport corridors. Construction of the Baku–Tbilisi–Kars railway line, which will connect the Caspian region with Turkey, was inaugurated on 30 October 2017 in the presence of presidents of Azerbaijan, Turkey and Georgia and high-level representatives from other neighboring countries, like Kazakhstan and Uzbekistan, who plan to benefit from this shortest railroad route that would connect China to London. Other ambitious strategic projects initiated and led by Azerbaijan, like the Trans-Anatolian Natural Gas Pipeline (TANAP) and Trans-Adriatic Pipeline (TAP) will deliver natural gas from Azerbaijan’s Shah Deniz gas field to Turkey and Europe. With oil prices, staying relatively low Azerbaijan’s economy is transforming into a value creating economy. Large-scale reforms aim to diversify the economy, lessen dependence of the country on oil and gas related revenues and further improve non-oil sector and the country’s export capacity, in particular. Unfortunately, there are organizations, and countries that ignore the fact that Azerbaijan has chosen the path of development, and joined the progressive and peacekeeping missions.
I think that Armenia is one of the few countries that are not interested in the development of peace and stability both in the South Caucasus and around the world. There is no democracy in this country, people are migrating massively. Serzh Sargsyan’s criminal regime keep the Armenian people in bondage. While Azerbaijan is developing and strengthening due to its economic policy, Armenia cannot get rid of its occupation policy, which is directed against its neighbors. At least Azerbaijan has never really concealed that for him this Baku-Tbilisi-Kars global project - apart from the economic one - has political significance, and is aimed at strengthening Armenia's isolation. The occupation policy of Yerevan largely turns against Armenia, which is completely isolated from all geopolitical and geo-economic projects in the region. Armenia has been for more than a year already behind the fields of regional integration of the South Caucasus, and the Baku-Tbilisi-Kars railway is one of the key
manifestations of this.

ÐÐ°ÑÑÐ¸Ð½ÐºÐ¸ Ð¿Ð¾ Ð·Ð°Ð¿ÑÐ¾ÑÑ armenia and azerbaijan
Isolated in the South Caucasus region, Armenia, because of the occupation of the Azerbaijani lands, was left out of major geo-political and geo-economic projects relating to gas and oil resources of the Caspian Sea, and now lost the chance to join a major regional transport project. Moreover, ignoring all international norms, this regime continues to keep under occupation the historical lands of Azerbaijan. It would be very good if the world's legal institutions take measures on this country, which ignores the UN resolutions, and stand by the right struggle of Azerbaijan. Today Armenia’s non-constructive policy is the only reason for the country’s being left out of all the Azerbaijan-initiated regional and international projects. The world’s progressive circles should closely follow the fact and take appropriate measures in this regard 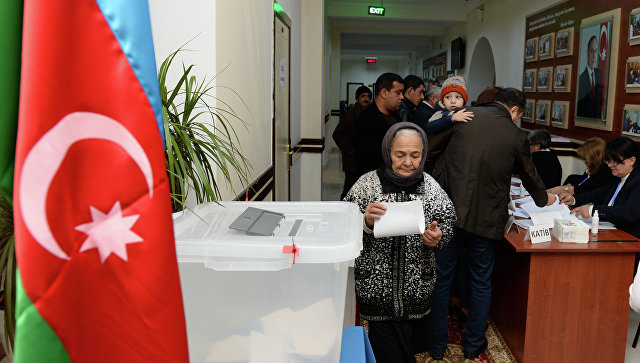 ÐÐ°ÑÑÐ¸Ð½ÐºÐ¸ Ð¿Ð¾ Ð·Ð°Ð¿ÑÐ¾ÑÑ Ð²ÑÐ±Ð¾ÑÑ Ð² Ð°Ð·ÐµÑÐ±Ð°Ð¹Ð´Ð¶Ð°Ð½Ðµ 2018
As for the April 11 presidential election in Azerbaijan, I believe that the elections are characterized as the beginning of a new era in the history of the state. In this sense, I can say that the elections in Azerbaijan would be the beginning of new reforms and new achievements. Azerbaijan is currently experiencing an important development stage in its newest history. I think that the presidential elections on April 11 will be held according to the requirements international norms and rules and at a high level. I think that the 11 April presidential election will be held on high level. Azerbaijan is doing its utmost to avoid any defects in the implementation of laws. Free and independent elections are very important in a democratic society and it is very important that the constitution of Azerbaijan provides all citizens the right to vote. I believe that the elections would show the will of the people of Azerbaijan and Azerbaijan people know who right candidate is for new presidential period
Arye Gut
Political Analyst
Advertisement
Subscribe for our daily newsletter