By DOV SEGAL
Advertisement
I have always found Ari Shavit's pomposity and arrogance offensive.
It is hard for me to suppress a hateful chuckle at his fall from grace for making passes at women.

However in Leadbelly's words I am, "laughing to keep from crying". This whole sordid episode also reminds me of a deep traumatic experience I had as a young man in 1965.

I had difficulty with the permissive sexual mores on my kibbutz. I believed in strict monogamy and sex only after marriage. And then of course only with the lights off, curtains closed and wearing socks.
I would never ever make sexual overtures to a woman as I did not regard women as sex objects. I was a paragon of virtue, like those fine, upstanding young men in "The Little House on the Prairie".

There were three American Jewish women volunteers on my kibbutz. All three had arrived with two suitcases. One for their clothes and one full of state of the art contraceptive devices.
They were sexual predators.

I was home on weekend leave. There was some kind of festival in the communal dining room. The California one (the other two were from New York) casually swaggered over to me, whispered "I want you" and licked her lips.

I mean, can you imagine my shock. It would have sounded bad enough with a British accent, but that California drawl made it even more menacing.

I have never fully recovered from this verbal rape experience. It has been a trauma that has haunted me all my life.

Then I got to thinking. They say that parents who beat their children were often beaten by their own parents.
Could that be it? Was Shavit, like me, the victim of American Jewish predatory Miss Piggies? Is that why he is now a sexual "pervert" who makes passes at American Jewish women? 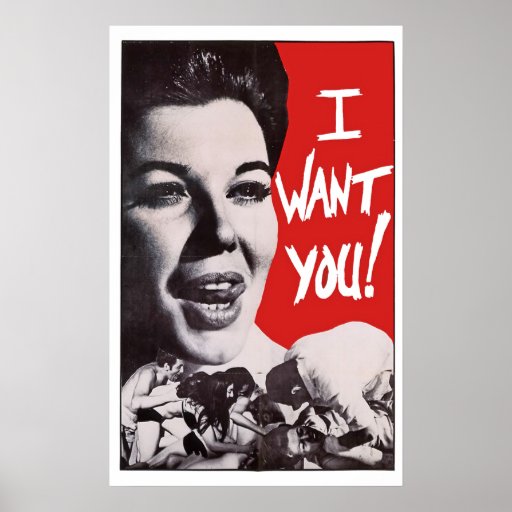 Ik wil u poster
Advertisement
Subscribe for our daily newsletter