Saleh, 29, the son of West Bank Hamas leader Omar Barghouti, shot and injured seven Israeli civilians at a bus stop outside of the Ofra settlement on December 9. 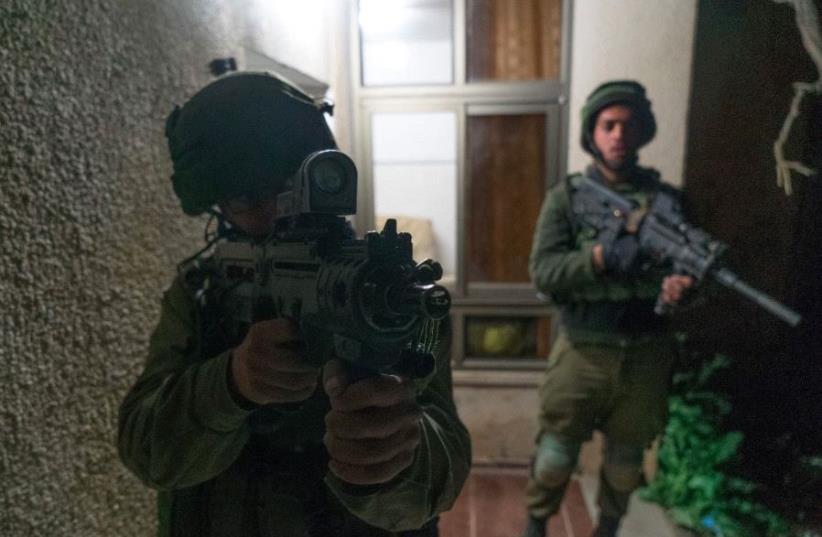 Israeli forces raid village of terrorist who killed IDF soldier
(photo credit: IDF SPOKESPERSON'S UNIT)
Advertisement
The brother of the terrorist responsible for the attack in Ofra last month was detained by IDF forces on Saturday, according to a Palestinian media report.IDF forces entered the Palestinian village of Kobar, north of Ramallah, in the early morning hours and arrested Muhammad Barghouti, the brother of Saleh Omar Barghouti, responsible for that deadly terror attack, and of As'am Barghouti, who murdered two IDF soldiers and critically wounded a third at Givat Assaf on December 13. Security forces continue conducting a wide-scale hunt for As'am, 32.According to the report, the IDF threatened to expel the family to Jericho if they do not hand over As'am within three days.Saleh, 29, the son of West Bank Hamas leader Omar Barghouti, shot and injured seven Israeli civilians at a bus stop outside of the Ofra settlement on December 9. Among the wounded was a pregnant woman who gave birth prematurely. Her baby boy died three days later.This report was translated from The Jerusalem Post's sister publication Maariv.