There are also reports of fighter jets entering western Gaza, according to Arab media sources. 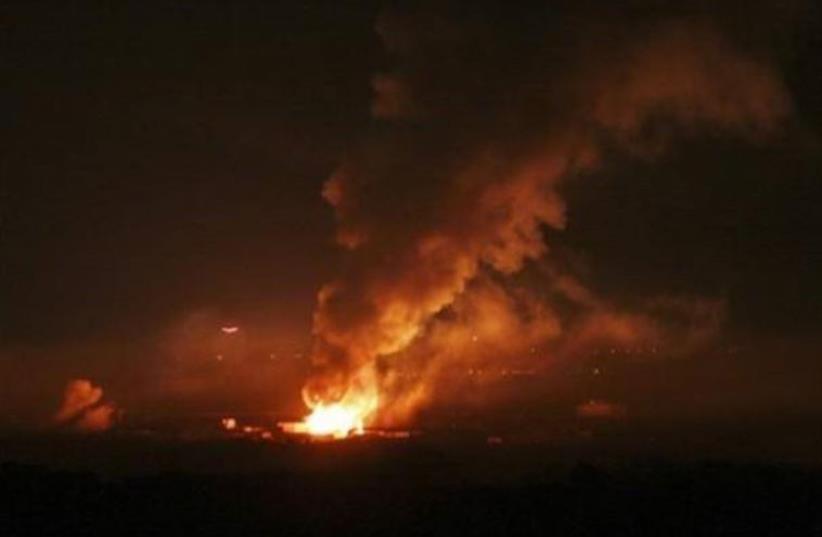 Explosions in Gaza following IDF attack
(photo credit: PALESTINIAN MEDIA)
Advertisement
The Israeli Air Force attacked Hamas posts in the Gaza Strip on Wednesday, according to the IDF Spokesperson's Unit. Hamas evacuated its outposts according to a report by Arab media sources. "The IDF views with great severity any attempt to harm Israeli citizens and will continue to act vigorously against these incidents," the IDF said after the attack. "The Hamas terrorist organization bears responsibility for everything that is happening in and out of the Gaza Strip that are consequences of terrorist activities originating in the Gaza Strip."The attack was in response to an incendiary balloon attack where balloons that were released from the south of Gaza, carrying an explosive device, detonated in mid-air damaging a house near the border, the IDF reported on Wednesday.