The soldiers responded to the cocktails with fire and hit one of the suspects, identified as Badawi Masalmeh, who later died. 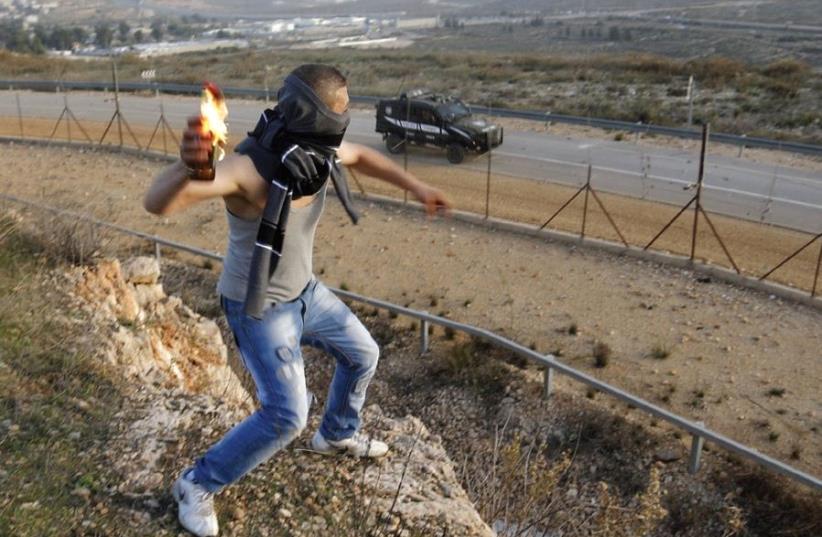 WHO IS paying him? A Palestinian throws a molotov cocktail at an Israeli jeep
(photo credit: REUTERS)
Advertisement
One person was killed in clashes with IDF soldiers on Saturday night after soldiers identified three suspects throwing Molotov cocktails at an Israeli vehicle which was driving near the village of Beit Awwa in the Hebron region of the West Bank, the IDF Spokesperson's Unit stated.The soldiers responded to the cocktails with fire and hit one of the suspects, identified as Badawi Masalmeh, who later died.The other two suspects were arrested and brought into questioning by security forces. This was confirmed by the Palestinian Health Ministry.In a statement, Har Hebron Council head Yohai Demri said the following:"We congratulate the IDF forces and the soldiers of the Judea Brigade for their dedicated and determined activity in maintaining the security of the residents. Tonight they killed and arrested terrorists who were trying to murder settlers by throwing Molotov cocktails, a terrorist group that endangered our residents several times."