The Shin Bet and the police said many efforts had been made over the years to locate the murderers. 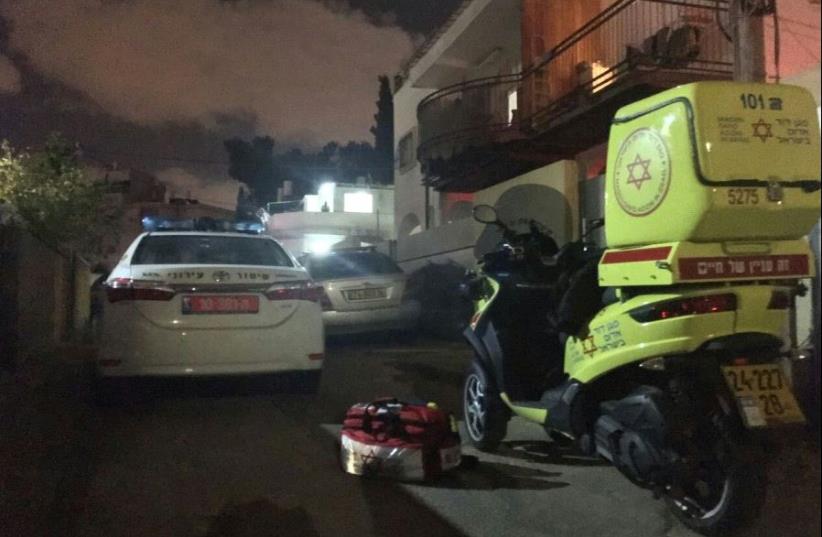 Israel Police and Magen David Adom.
(photo credit: MAGEN DAVID ADOM)
Advertisement
The Shin Bet (Israel Security Agency) and the Israel Police announced on Sunday that they cracked the case of two policemen who were murdered eight years ago in the Jordan Valley.Officers Yechzekiel Ramzker and David Rabinowitz were shot and killed near the settlement of Masua while they were in their police car on March 15, 2009.According to the murder indictment recently filed in the Samaria Military Court against Muhammad Radwan Daraghmeh and obtained by The Jerusalem Post, a cell of three Palestinians murdered the two policemen as part of a bungled robbery.The indictment said that Daraghmeh, a resident of the West Bank village of Tubas, and his criminal cell had been operating since at least 2008, setting traps to rob motorists.Their technique was to fake having a broken-down car on the roadside as two members of the cell tried to flag down a potential victim under the guise of needing help, noted the indictment.The third cell member would station himself on the opposite side of the road with a concealed gun and swiftly move to put the unsuspecting victims at gunpoint when they stopped to help.In the case of Ramzker and Rabinowitz, one of the cell members said they shot the policemen because they noticed the concealed gun, according to the indictment.With the robbery bungled by an unplanned killing, members of the cell fled the scene. The two policemen were later found lying dead in their patrol car.The Shin Bet and the police said many efforts had been made over the years to locate the murderers. In their announcement, the Shin Bet stated that Daraghmeh was held for questioning in April about his involvement.During his arrest, police found a Carlo rifle – a cheap, homemade weapon – and ammunition in his possession.