The Great Synogogue was built in the 1600's and remained an important fixture within the Lithuanian Jewish community until the Holocaust.

By ARIEL ZILBER, ROSIE PERPER
JULY 29, 2015 10:59
Great Synagogue and Shulhof of Vilna
Advertisement
Israeli archaeologists announced on Wednesday that they have unearthed remnants of the Great Synagogue of Vilna, one of the most historic and treasured landmarks of European Jewry destroyed by the Nazis during their occupation of Lithuania in World War II.Using underground detection radars and equipment, scientists searching in an area near a school in Vilnius found what they believe to be pieces of the synagogue that is widely considered to be the most important institution of Lithuanian Jewry.One of the oldest and most historic buildings in Vilna, the Great Synogogue was built in the 1600's and remained an important fixture within the Lithuanian Jewish community until it was severely damaged during the Holocaust. 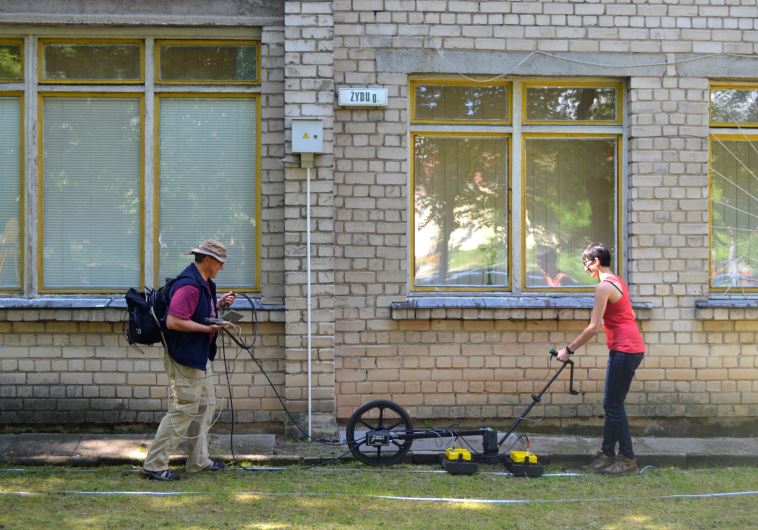 (photo credit: Israel Antiquities Authority)This monumental discovery was led by Dr. Yochanan Zeligman and Dr. Richard Freund from the archaeology department at University of Hartford.Archeological excavation on the site is stated to begin in 2016. Researchers hope that the site will give them a glimpse into how Jewish live thrived in Vilna post World War I. "We are very excited about this discovery, as this synogogue stands as a grand memorial to the Jewish community of Vilna," said the team of researchers.