Khamenei: US foments 'Iranophobia' to scare countries from trading with Tehran 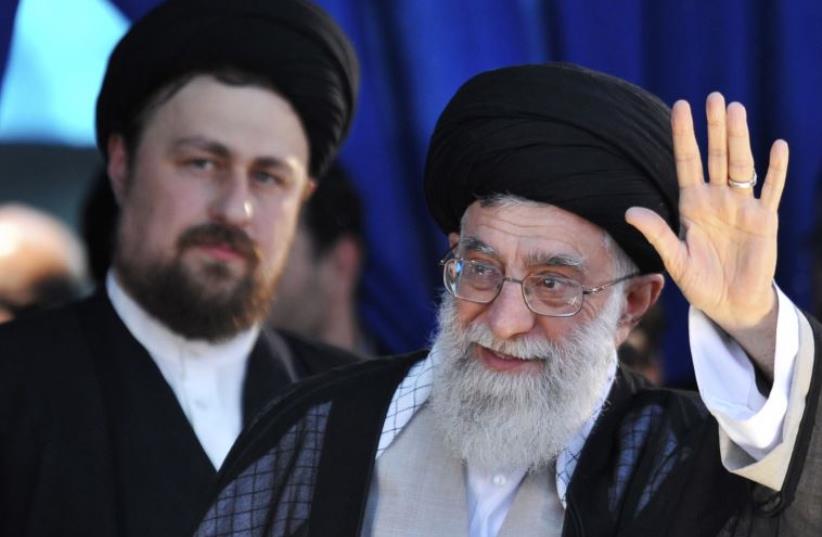 Iran's Supreme Leader Ayatollah Ali Khamenei (R) waves to his supporters as Hassan Khomeini, grandson of Iran's Late Leader Ayatollah Ruhollah Khomeini, looks on during a ceremony to mark the death anniversary of the latter
(photo credit: REUTERS)
Advertisement
The United States has only lifted Iranian sanctions on paper and in practice is scaring businesses away from the country, its Supreme Leader Ayatollah Ali Khamenei said on Wednesday."On paper the United States allows foreign banks to deal with Iran, but in practice they create Iranophobia so no one does business with Iran," Khamenei was quoted as saying by his official website, addressing hundreds of workers in Tehran."The US official says the sanctions regime is still in place to scare away the foreign investment from Iran." The deal with world powers allowed for the easing of some sanctions in return for Tehran curbing its nuclear program. Iran has previously called on the United States to do more to remove obstacles in the banking sector.