Suspect dies in hospital • the shooter's partner said that he had no intention of hurting him. 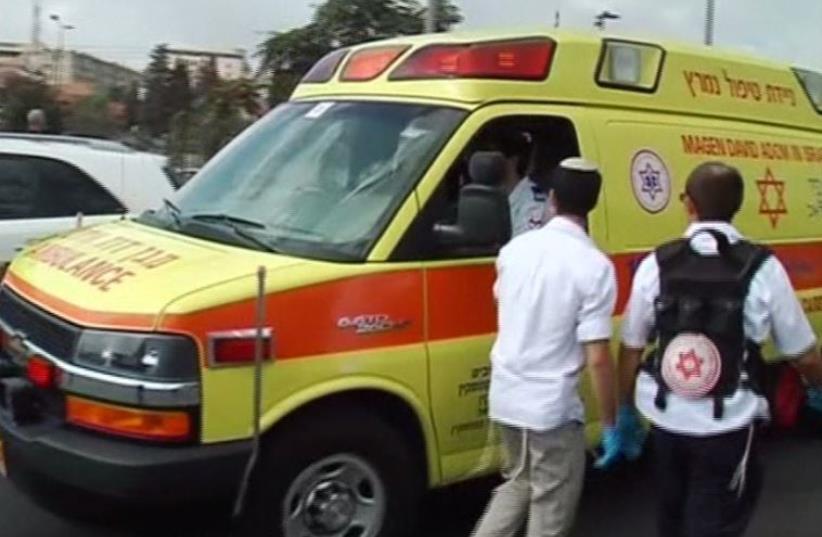 Ambulance (illustrative)
(photo credit: screenshot)
Advertisement
A man who was allegedly trying to break into a vehicle in Arad in southern Israel was shot and severely injured, Israel Police reported Saturday night.
The suspect was shot by a 70-year-old resident of Arad who noticed the suspect attempting to break into his vehicle.
MDA paramedics were rushed to the scene and administered CPR before evacuating the injured suspect to Soroka Medical Center in Beersheba, where he later died of his injuries.
The police are investigating the incident and have taken the shooter into custody. According to Ynet, the shooter's partner said that he had no intention of hurting the suspected burglar."He shot him twice - one's towards the vehicle's wheels and a second time that hit him," she told Ynet, adding that "he immediately called the police and asked for an ambulance." She noted that her partner is a volunteer at the National Traffic Police and has a license for a handgun.