The PA cancelled due to Gianni Infantino's appearance at Friedman Center's gala on Monday, which it views as a "violation of the Islamic religion."

The cancellation is due to Infantino's scheduled appearance at Monday's Friedman Center's inaugural gala at the Museum of Tolerance in Jerusalem.

While Infantino's camp reportedly attempted to pass it off as a "schedule constraint," his appearance and scheduled speech are viewed by the PA as a "violation of the Islamic religion," Army Radio said.

The Friedman Center for Peace through Strength is a non-profit institution established with the goal of advancing peace and prosperity throughout the Middle East. Infantino will also speak at The Jerusalem Post's 10th Annual Conference on Tuesday.

"I'm happy to be in Israel," Infantino said, according to N12. "Oren Sasson and his team presented me with the vision and strategy to advance Israeli football to the next level," the FIFA president said.

"The hard work has already started. It is an encouraging time for Israeli football." 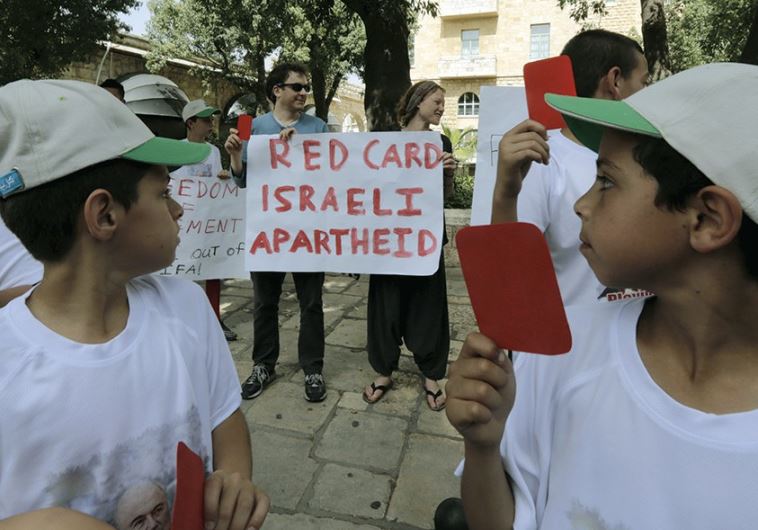 The relationship between FIFA, the governing body of international soccer, and the PA has been rocky for some years.

The PFA attempted in 2017 to push FIFA into punishing Israel for soccer activity in the West Bank. FIFA refused to take any action.

In 2018, FIFA suspended Jibril Rajoub for a year for inciting hate against Lionel Messi. Rajoub urged Palestinian fans to burn pictures and shirts of Messi if the Argentinian national team played in a friendly soccer game against Israel. The match was eventually canceled.