This past April, Hamas called on Abbas to “quit the political scene,” saying he remains an obstacle to achieving national unity. 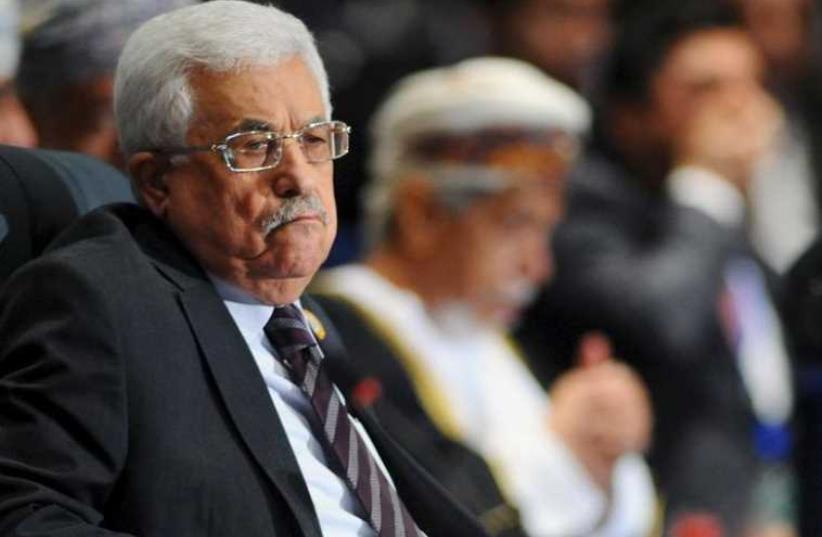 Palestinian Authority President Mahmoud Abbas attends the opening meeting of the Arab Summit in Sharm el-Sheikh
(photo credit: REUTERS)
Advertisement
The Palestinian unity government that includes officials backed by both Fatah and Hamas will dissolve within the next 24 hours so that a new unity coalition could be formed, Palestinian Authority President Mahmoud Abbas told Fatah officials in Ramallah.The announcement was first reported by the Palestinian news agency Ma’an.This past April, Hamas called on Abbas to “quit the political scene,” saying he remains an obstacle to achieving national unity.Salah Bardaweel, a senior Hamas official in the Gaza Strip, accused Abbas of acting like a dictator “who lives in a state of personal intransigence and total refusal to share powers.”Bardaweel called on Abbas to step down and accused him of dominating legislative, executive and judicial powers.He also accused Abbas of “hijacking” Fatah and the representation of the Palestinian people, as well as refusing any attempt to end the dispute.