All set for Poalim Start-Up Week in Tel Aviv

Bank Hapoalim to hold week-long event next month to bring together start-ups, entrepreneurs, investors and experts 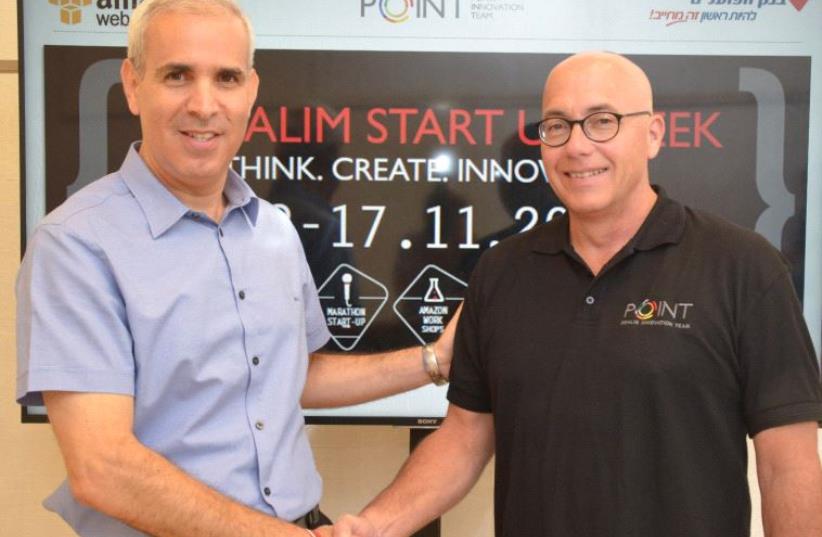 AVI KOCHVA, director of the Innovation Division and Deputy CEO at Bank Hapoalim and Harel Ifhar, general manager of Amazon Web Services Israel.
(photo credit: BANK HAPOALIM)
Advertisement
Bank Hapoalim has announced the launch of the first Poalim Start- Up Week in Tel Aviv next month.The week-long event, led and initiated by the bank’s Innovation Division, will bring together entrepreneurs, investors and technologists to collaborate and brainstorm on the next generation of banking and financial services technologies in the cloud.The week is being organized in cooperation with Amazon Web Services (AWS) Israel and other organizations.Multiple sessions will be available to attendees and will end with a 24-hour hackathon where coders will be able to leverage an innovative Banking API.“This is a first-of-its-kind initiative driven by an Israeli bank to encourage and reinforce relationships between the banking and start-up communities,” Bank Hapoalim said in a statement. “By opening new communication channels and driving joint initiatives to bring innovation to the Israeli banking sector, Bank Hapoalim is helping to build the bank of the future.”The week will take place between November 13 and 17 at the Racha Loft in Tel Aviv. AWS will be offering multiple professional tracks and providing leading cloud experts who will demonstrate tools and products relevant to start-ups who are developing their financial services businesses in the cloud.The professional tracks will be Fintech-focused, covering issues such as the future of banking, big data analysis and digital banking.The venue will also include a professional marketplace where attendees will be able to work, set up meetings and initiate partnerships with other entrepreneurs and innovators.The final day will be dedicated to a 24-hour hackathon during which independent developers will be able to compete and develop financial applications leveraging an API from Bank Hapoalim. The interface will allow advanced financial actions like currency transfer payments and more. AWS will be supplying cloud resources to the hackathon so developers can quickly and securely build their applications.“Bank Hapoalim is one of the few banks offering such a service to developers, interfacing with an API,” the bank said. “All activities at the hackathon will be managed and governed using the strictest and most advanced security tools so that customer data is not exposed and always remains protected.”Avi Kochva, head of the Innovation Division and Deputy CEO at Bank Hapoalim, said: “This week is a part of a larger effort that the bank is leading with the goal to tighten the relationship with the start-up ecosystem and the growing community of entrepreneurs in Israel. For us, open banking is not just a slogan but a fundamental strategic approach. Alongside meet ups and event sessions, we are opening a valuable API up to developers that will offer, for the first time, an opportunity to create deferential value to banking clients leveraging a never seen before banking interface tailored to the Israeli banking system. This, combined with the power of the AWS Cloud, gives a compelling reason for start-ups to join us for the week to help revolutionize banking technology in Israel and around the world.”The Bank Hapoalim Innovation Division was founded earlier this year and is charged with the task of leading the bank into a digital future. It is focusing on driving innovation, accelerating the introduction of new technology into the bank and advancing the bank’s strategic relationships with valued companies, vendors, start-ups and other financial organizations.