Russian Standard vodka reaches out to it's Israeli market. 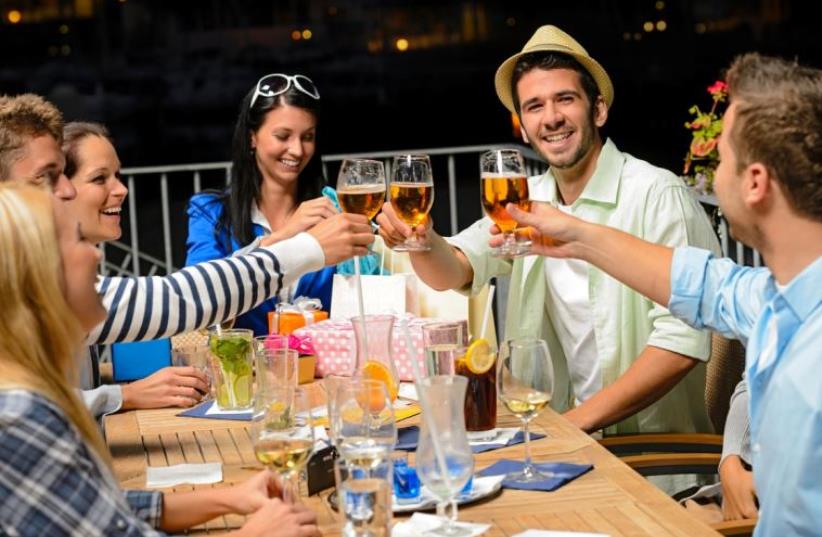 Group of young friends drinking beer
(photo credit: ING IMAGE/ASAP)
Advertisement
Israelis aren’t known for their hard-drinking ways.According to data from the World Health Organization, the average Israeli drinks 2.8 liters of alcohol a year, compared with 9.2 for Americans and 11.6 for Britons.Knowing that, it seems puzzling that alcohol companies such as Roust, which owns brands such as Russian Standard, would send its CEO Dmitry Ivanov and managing director Jonathan Ashworth to study the market here, as they did this week. But there’s another side to Israel.“Israel has the highest consumption per capita in the world of our vodka,” Ashworth said.The reason: Israel’s massive Russian population. In the 1990s, a million immigrants came to Israel from the former Soviet Union (Russians, the WHO says, consume 15.1 liters of alcohol a year).“I think it’ll come as no surprise that our core consumer in this market is the Russian expat, and clearly we need to become more relevant to non-Russians in this market,” Ashworth said before Ivanov recounted their vodka’s backstory.Though the Russian Standard brand is just 20 years old, it is based on the “standard” recipe elicited by the czar in 1894. The recipe was provided by Dmitri Mendeleev, a major contributor to the creation of the Periodic Table of Elements.“It’s the best-selling premium vodka in Russia. And Russians everywhere like the brand and know it already,” Ashworth added.Still, Finlandia is more popular in Israel, and once you take smoothness out of the equation, getting people to note differences in vodka is no easy task. “If you freeze the hell out of them, they all taste the same,” said Ilan Avitsur, the company’s area manager, who recommends refrigerating or putting the bottle on ice before sipping.In years past, the Russian vodka industry felt the effects of a boycott from the LGBT community led by US columnist Dan Savage. In response to a series of anti-LGBT laws Russian President Vladimir Putin enacted, Savage called for the community to stop drinking Russian vodka.“My experience two years ago was that, yeah, unquestionably, there are people who will make decisions based on what they see as an affront to their community. I think it has an impact on sales, but the impact is relatively short-lived,” Ashworth said. “The question is what are we supposed to do about it? We’re a private company not involved with the government.”The company also does not want to resort to gimmicks such as flavored vodkas, which Ashworth dismissed, specifying that there’s an important difference between “flavored” and “infused” vodkas.One way of enhancing its reputation is through cocktails, which are becoming ever trendier, especially in Tel Aviv. The company puts forward its own brand of Moscow Mule, a delightful concoction of vodka, lime, and ginger beer.But at the end of the day, Roust is hoping Russians in Israel will simply spread the word about vodka.“Luckily enough, native-born Israelis have started to see the contribution of the Russian expats to culture and the culinary world,” Ashworth said.