New customers will be given a three-month free trial, after which the cost will be NIS 19.99, or NIS 29.99 for families of up to six. 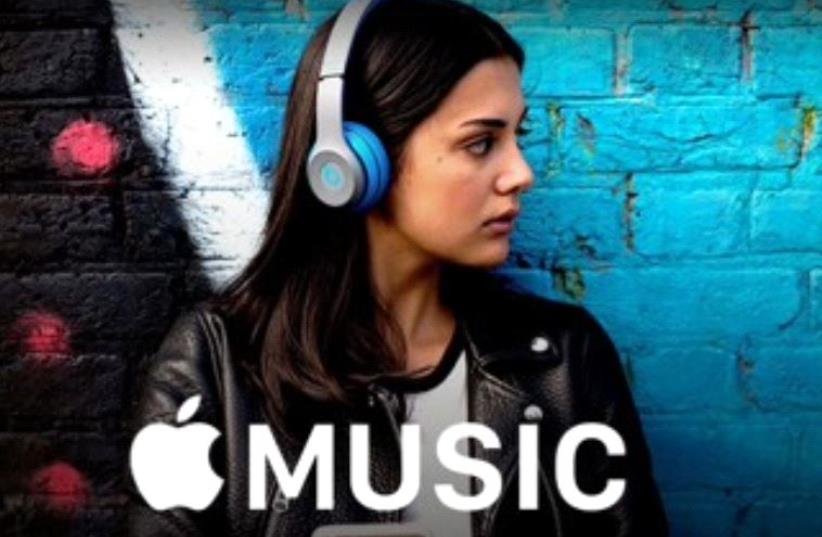 Apple Music
(photo credit: APPLE)
Advertisement
Israelis wanting to whip out their iPhones and turn up the beats were treated to a surprise on Wednesday morning, as Apple Music, the hi-tech giant’s on-demand and streaming music service, went live in Israel.For the first time, Israeli users will be able to listen to the company’s Beats 1 radio station, which features programs led by the likes of Elton John, Dr. Dre and Pharell Williams, or enjoy Israeli-oriented playlists.The company touted a Mizrahi playlist featuring Eyal Golan, Moshe Peretz and Sarit Hadad, as well as an Israeli pop playlist featuring the likes of Ivri Lider, Shlomo Artzi and Marina Maximilian.New customers will be given a three-month free trial, after which the cost will be NIS 19.99 per month, or NIS 29.99 for families of up to six.Though competitors such as Tidal also operate in Israel, some of Apple’s biggest competitors, such as Spotify and Pandora, still do not.Apple has claimed 15 million paid users around the world; the question remains whether Israelis will be willing to shell out for streaming music options.Israel is known as a haven of online content piracy in the field of television, film and music. In 2013, a proposed bill considered taxing equipment that could be used for piracy to compensate artists and companies that created content.When television and movie- streaming site Netflix launched in Israel in January, it faced similar concerns.Still, both companies could enjoy a first-mover advantage as they make vast forays into global markets. Netflix, for example, amassed 33.9 million paid memberships outside the US last quarter, accounting for some 42 percent of its overall paid streaming memberships (the company did not provide figures for Israel).If music-streaming companies such as Spotify and Pandora or video- streaming companies such as Hulu and Amazon try to open in Israel, they will have to contend with the already-established global players that made their move on the market.Thus far, Apple has rolled out its streaming services in 110 countries, and it announced an overhaul of its music app, to be launched alongside its new operating system iOS 10 in September. The redesign is intended to make the service more user-friendly.