Battle of the Discounters: Rami Levy and Cofizz team up against Super Cofix

With Cofizz moving into Rami Levy's offices, the two companies plan to open 200 branches to compete with Super Cofix. 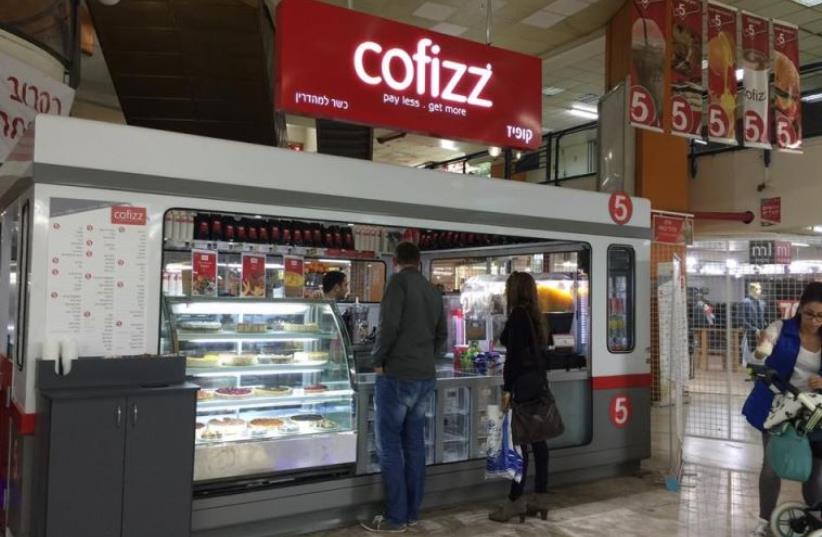 A Cofizz branch at the Tel Aviv Central Bus Station
(photo credit: Courtesy)
Advertisement
Discounter Rami Levy has reportedly struck a deal with discount coffee chain Cofizz to join forces in the discount grocery market and challenge Cofix, which opened an urban discount grocery store Super Cofix two weeks ago.According to details provided by Guy Ophir, a Rami Levy lawyer, the deal will see Cofizz management move to Rami Levy’s offices, and the two will work to open 200 branches of Cofizz and Super Cofizz around the country.Rami Levy will supply Cofizz with its products. Like Super Cofix, the Super Cofizz will sell products at a maximum price of NIS 5. The deal is expected to be signed and announced in the coming days.Cofix, the NIS 5 coffee chain, launched Super Cofix in south Tel Aviv’s Florentin neighborhood with the concept of selling goods at a uniform price, often in smaller packages that could be more suitable to young urbanites than the bulk-sized products on offer at Rami Levy.Cofix founder Avi Katz cited Rami Levy as an example of a discounter that missed the market segment he hoped to attract. Young people are marrying and starting families later, so they don’t need to buy huge quantities of food all at once, he argued. They just end up throwing away portions of what they buy when it goes bad.Further, they are less likely to own cars, and thus need an urban discounter as an alternative to Rami Levy, whose branches are usually in more suburban areas. In addition, Katz posited, they live in small apartments and don’t have space to store items in bulk.Cofix was hoping to make the same big splash in the market for groceries that it did in coffee some 18 months ago.Not only has it opened 75 branches since then, but it inspired competition in the form of Cofizz, which adopted its NIS 5 coffee-to-go model.The agreement between Rami Levy and Cofix could validate Katz’s ideas about what modern consumers want, but may also provide stiff competition to the latter company, which plans to go public.Whether it’s of comfort or concern to Katz, Cofizz isn’t the only chain to seemingly follow in Cofix’s footsteps; according to The Guardian, a new coffee and lunch shop in London is selling all its products for just one British pound. It’s called Caffix.