The MOU flagged ten different possible areas for cooperation between the company and the Israeli government. 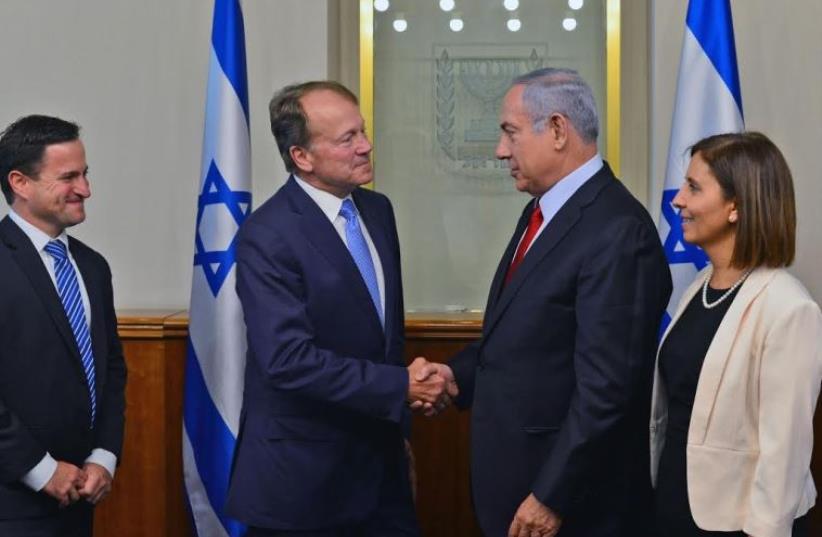 PM Netanyahu Meets with Cisco Executive Chairman John T. Chambers
(photo credit: KOBI GIDEON/GPO)
Advertisement
John Chambers, the Executive Chairman of Cisco, the world's largest networking company, signed a memorandum of understanding Sunday on advancing digitization in Israel in a meeting with Prime Minister Benjamin Netanyahu.Three years earlier, Chambers predicted that Israel would be the first country to be digitized from end to end, and Sunday's MOU seemed to set out a roadmap for how that could happen.The MOU flagged ten different possible areas for cooperation between the company and the Israeli government, such as digital education, digital health, human capital, innovation centers and research.Cisco's technology could be used to create faster Internet infrastructure and make it easier to connect devices to the "Internet of Things," the networking of everyday devices through sensors and modems.In health, for example, the introduction of wearable devices could be a boon to data-hungry researchers, and help tip doctors off when patients are getting sick.The government is also looking toward ways of operating more effectively itself, creating a common data system in the cloud that would make it easier for ministries to communicate with on another and building a plan to harness the power of Israeli start-ups into the government. The Office of the Chief Scientist is developing a similar initiative.On Monday, Cisco's Jerusalem R&D center will host Chambers at an event on the future of television, called "The future starts now."It is expected to showcase new innovations in the field of television and video including cloud storage for video, customizable televisions, virtual reality, and new security features.