A scenic retreat for birdwatchers, families and couples in the North

The Galilion is a logical lodging place for those making a trip up North especially for the Hula Valley. 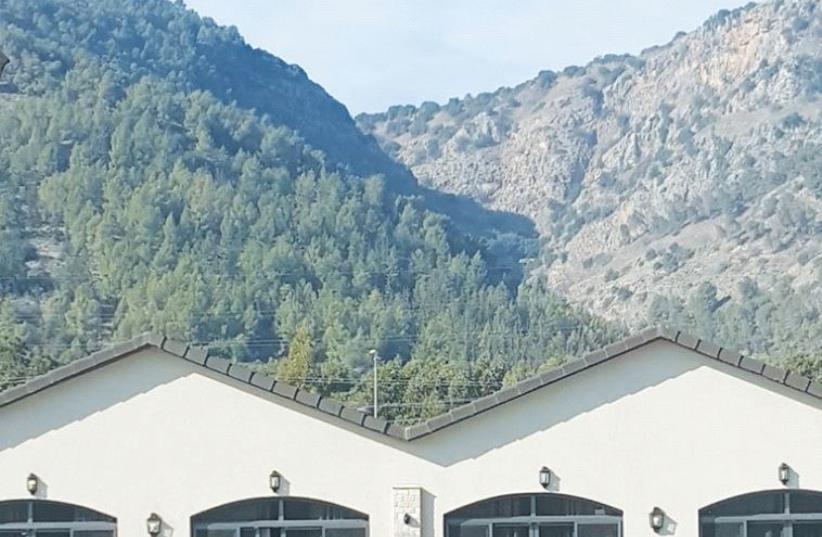 THE GALILION is a logical lodging place for those making a trip up north especially for the Hula Valley.
(photo credit: BEN FISHER)
Advertisement
The Hula Lake National Park is one of Israel’s most spectacular natural wonders. In the Upper Galilee, where malarial swamps were drained by the Jewish National Fund in the 1950s, today it is a beautiful outdoor area where an estimated 500 million migratory birds make their way from Europe to Africa and back every year.And now, for birdwatching enthusiasts, there is a new lodging option just steps from the nature reserve. The Galilion Hotel, located eight kilometers south of Kiryat Shmona just off Route 90, is a new luxury hotel that features 120 rooms, a swimming pool, fitness center, game room, synagogue, spa, conference center, bar and restaurant.In addition to that, under construction as part of the hotel complex is the Agamon Market, which will house shops, restaurants, cafes and a farmer’s market of local produce. They’re a bit behind schedule with construction, and I was unable to pin down an exact time frame that it will be finished. If it sounds like a feature you’d be interested in, call before you book to see if it will be open during your visit.The rooms are simply and comfortably furnished and feature views of the pool, the Naftali Heights or the rolling fields of the Galilee. If you’re interested in seeing the landscape from above, the hotel can arrange a hot-air balloon excursion for you.The hotel can also sign you up for tours of the adjacent nature reserve in golf carts, bicycles or tractor – the option that I chose.Many years ago, someone at the nature reserve figured out that the large flocks of migratory birds weren’t scared of the tractors that maintain the grounds and scatter birdseed to keep the birds from grazing on local farmers’ crops. They had the idea to leverage this information, and hitched to the back of the tractor a wagon that seats a few dozen people. As a result, the wagon riders can get an up close experience with the migratory cranes, storks and spoonbills as well as native wildlife, like herons, ducks and egrets.My tour was a sunset excursion and as thousands of cranes flew over the tractor to roost, we also saw nutrias, an amphibious rodent that somewhat resembles a beaver, jackals and a family of boars coming out to feed.Once I returned from the tour it was apparent that there aren’t a lot of activities available after the sun goes down, but most of the rooms have a balcony and the lack of light pollution makes for great stargazing.Many Israeli hotels boast a great variety of dishes when it comes to their breakfast and dinner buffets and the Galilion kept up with the pack on the variety front, with Jerusalem Mix, roast chicken, beef stew and individually plated sea bass served for the evening meal.All this of course in addition to their quintessential Israeli salad bar, rice, noodles and rich selections of breads and spreads. What sets the Galilion apart from the competition is how tasty everything was. The Jerusalem Mix rivaled what you might get at Hatzot, the Mahane Yehuda restaurant that claims to have invented the dish.The staff was consistently courteous and helpful, and general manager Erez Moshe dropped by at dinner to make sure that my third helping of Jerusalem Mix was as tasty as the first two.Breakfast was no different with multiple kinds of shakshuka in individual pans, an omelette bar, smoked fish of a few different varieties, fresh fruits and vegetables and the requisite dozen types of Israeli cheese.The Galilion is a logical lodging place for those making a trip up North especially for the Hula Valley, but also could function as a jumping-off point for other attractions in the Upper Gallilee, such as hiking at the Dan Nature Reserve or in the Golan Heights or skiing on Mount Hermon. But with its spa offering couples massages, and its game room and pool that would keep kids busy, it could make for a romantic getaway, or a family trip. It’s a versatile option that is a worthy addition to the hotels in the upper reaches of the country.Galilion Hotel Road 90 Phone: (04) 697-8008 http://www.galilion.co.il/en/ The writer was a guest of the hotel.