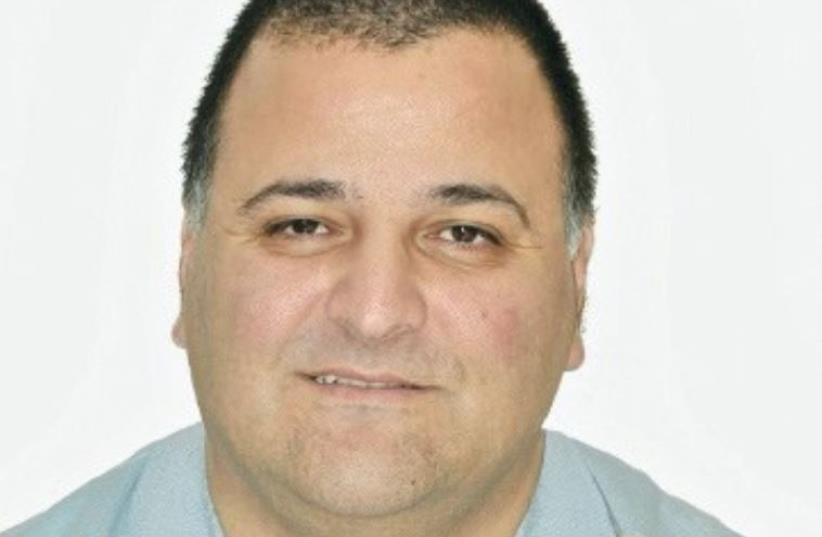 ARIE WENGER.
(photo credit: ADAM TEVA V'DIN)
Advertisement
Accusing officials of “violating the law,” environmentalists petitioned the High Court of Justice on Monday regarding the government’s failure to implement an energy efficiency program.The petition, submitted by attorneys at Adam Teva V’Din – Israel Union for Environmental Defense, demands that the High Court force the government to approve a national program to promote energy efficiency. Citing clauses in the country’s Energy Sources Law, the attorneys wrote that the government legally had until June 30, 2011, to approve such a program, prepared by the National Infrastructure, Energy and Water Ministry.To date, however, preparation of the plans has yet to occur, according to the petition.“Promoting energy conservation has a national importance as a tool toward reducing the harm caused by electricity generation, such as air pollution and the health damage resulting from it,” said Adam Teva V’Din executive director Amit Bracha. “The government’s dismissal of the law constitutes a violation of the rule of law and disrespect for the health and welfare of the public.”In the petition, Adam Teva V’Din attorneys Lihi Goldenberg and Tal Granot discussed how although energy production remains a critical tool to all countries around the world, electricity generation also does have enormous economic and environmental consequences. For example, they wrote, the construction of additional power plants costs the economy billions of shekels.Although acknowledging that the Energy Ministry did launch a National Energy Efficiency Program in 2010, the nongovernmental organization stressed that it does not meet the requirements of the Energy Sources Law, due to its failure to include measurable targets, time frames and follow-up evaluation methods.Rather, the organization explained, the 2010 plan is “a summary of recommendations for actions that may lead to an increase in energy efficiency.”The petitioners said they are therefore demanding a more comprehensive plan that would introduce the measures necessary toward achieving 20 percent or more in electricity savings in Israel “without lowering the standard of living or hurting economic activity.”Dr. Arie Wenger, head of the air and energy department at Adam Teva V’Din, stressed that the Israeli electricity sector is still built primarily upon power plants based on fossil fuels, including natural gas and coal.“Reducing electricity consumption will inevitably lead to the reduction in its production, and thus will bring about a decrease in the amount of fuels burned and the quantity of pollutants emitted, thereby bringing about environmental and health benefits while also lowering morbidity resulting from these contaminants,” Wenger said.About three weeks ago, the government approved Israel’s new greenhouse gas emissions reduction targets for 2030, prior to the upcoming Conference of Parties to be convened by the United Nations this December. In addition to including a goal of reducing greenhouse gas emissions by 25 percent by 2030, the targets include making renewable energy source 17% of the national electricity mix, as well as decreasing total electricity consumption by 17% by that year.Following the cabinet’s vote that day, National Infrastructure, Energy and Water Minister Yuval Steinitz said that his ministry would soon be presenting an energy efficiency program to help facilitate the many steps critical to achieving the country’s objectives.In reaction to the NGOs petition on Monday, a statement from the Energy Ministry said, “When we receive the petition we will examine it, and our response will be conveyed to the court.”