Air pollution levels up as sandstorm blows into Israel 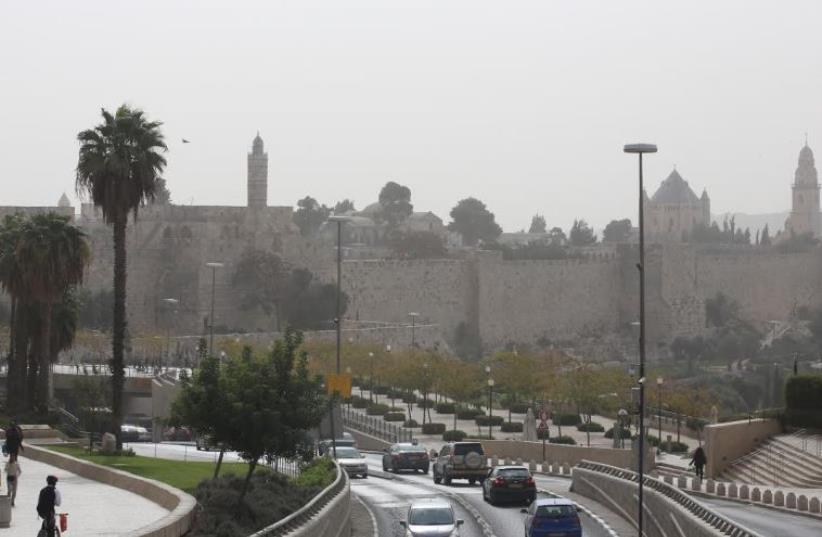 Hazy weather in Jerusalem, November 4, 2015
(photo credit: MARC ISRAEL SELLEM)
Advertisement
High air pollution levels continued to impact the Center and South of Israel on Wednesday morning, after a strong southeasterly wind flow spurred a dust transport to Israel from Saudi Arabia and Jordan the day before.While the air pollution was expected to continue into Thursday, the Environmental Protection Ministry said that dust levels would gradually improve. Nonetheless, the ministry recommended that all sensitive population members, including those with heart and lung conditions, the elderly, children and pregnant women, continue to refrain from strenuous physical activity.In some areas, maximum levels of PM10 – particulate matter with a diameter of 10 microns or less – reached up to 33 times typical daily values, peaking in the evening hours on Tuesday. On a typical non-stormy day, levels of PM10 rest at around 60 micrograms per cubic meter, according to the Environmental Protection Ministry. 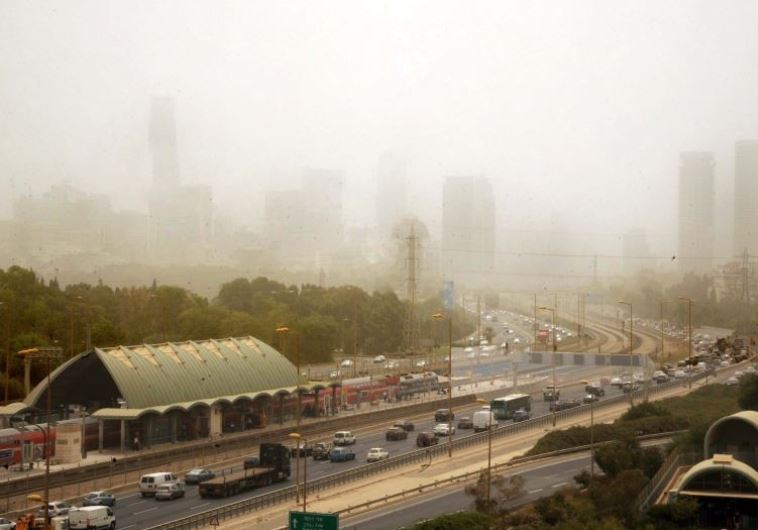 At the ministry's Safra station in Jerusalem, PM10 levels hit 1,967 micrograms per cubic meter at about 6 p.m. on Tuesday, with average values between 8 a.m. Tuesday and 7 a.m. Wednesday amounting to about 753 micrograms per cubic meter – 2.5 times ministry alert values and 12.5 times a regular day. Near the Dead Sea, the city of Arad's PM10 levels rose to 1,804 micrograms per cubic meter at 7 p.m. on Tuesday, with the area's 24-hour average as of Wednesday morning falling at 816 micrograms per cubic meter. In Beit Shemesh and Modiin, maximum PM10 values were recorded as 1,704 and 1,729 micrograms per cubic meter – at 7 p.m. and 6 p.m. Tuesday respectively – with average values in those two cities equalling 788 and 608 micrograms per cubic meter. Particularly high levels of PM10 were also recorded at the ministry air pollution monitoring stations in the central cities of both Givatayim and Rehovot, as well as in Beersheba.  Due to low visibility levels of fewer than 1,000 meters, the Israel Airports Authority announced on Wednesday morning that the Eilat Airport's departures and arrivals would temporarily be cancelled. At the airport, 48 departures and arrivals were scheduled for the day. The Eilat Airport staff arranged for one international flight to be moved to the nearby Ovda Airport, where visibility still remained relatively low, at fewer than 1,500 meters, the IAA said. There were no plans that morning to transfer domestic flights to Ovda, the authority added.Although dust levels were abnormally high on both Tuesday and Wednesday, maximum as well as average values in most cases did not come close to matching those recorded during the country's early September sand storm – which meteorologists called the thickest such event in history.