Botanical gardens will receive a total of NIS 2 million this year, while the rabies vaccination project will receive NIS 5m., the ministry said. 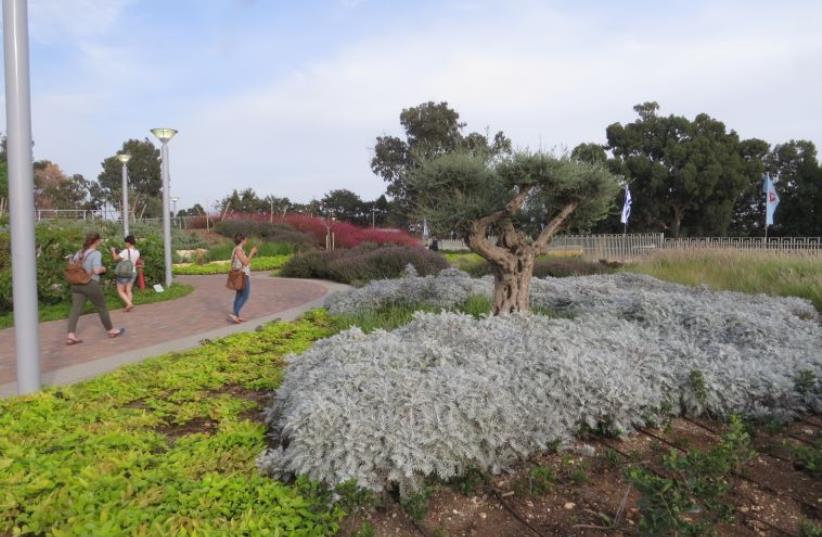 Fred and Linda Waks Botanical Garden Inaugurated in Akko
(photo credit: KKL-JNF)
Advertisement
After almost losing sizable chunks of their annual budgets, the country’s botanical gardens and a program to orally vaccinate wild animals against rabies will in fact receive funding, Agriculture Minister Uri Ariel said Tuesday.Botanical gardens will receive a total of NIS 2 million this year, while the rabies vaccination project will receive NIS 5m., the ministry said.Once discussions on the state budget concluded and the Knesset passed the Economic Arrangements Law, Agriculture Ministry and Finance Ministry officials met to “bring an end to the botanical garden and rabies vaccine crises,” a statement from the former said. Following these meetings, the two ministries agreed on the exact funding amounts.“In the past few weeks it became clear that due to a sharp reduction in the Agriculture Ministry’s budget, the budget for botanical gardens would be deducted dramatically enough to pose real risk to their continued operations,” the statement said.“The continuation of the rabies vaccines also reached an impasse after the Health and Social Welfare ministries decided to cease their ministerial budgets for the vaccine.”Over the past few weeks, activists pressured the Agriculture Ministry extensively about both issues.Last week, Green Course activists from the Hebrew University’s Faculty of Agriculture Campus in Rehovot protested against the botanical gardens cutbacks outside the ministry’s Beit Dagan headquarters.The country’s 11 botanical gardens, they said, serve as green lungs in urban centers and also provide spaces for research and educational activities.Although Agriculture Ministry officials acknowledged that they were pessimistic along the way that the program budgets would be restored, they said on Tuesday that ultimately, the issue was solved together with the Finance Ministry.“I am pleased that a budgetary solution was found with the Finance Ministry,” Ariel said.“It was not simple because we absorbed significant cutbacks in the agriculture budget, but from the beginning I said we would work hard to find a budgetary solution, and I am happy that this worked out.”